By Helen Silvis of The Skanner News
Published: 12 December 2012 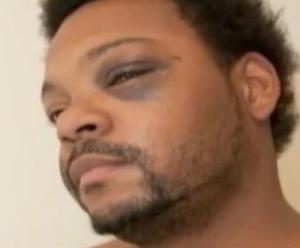 Civil rights groups in Seattle will rally to protest police treatment of a hit and run suspect, at 3 p.m. Saturday, Dec, 15, on the corner of 23rd Avenue and E. Union St.
A video of the incident shows Seattle Police Officer Eric Faust forcefully subduing and handcuffing an African American man, identified on Youtube as Leo Etherly.
Earlier the same day, at 11 a.m., a meeting at New Holly Gathering Hall, 7054 32nd Ave. South, will discuss the recent Department of Justice report that found Seattle Police Department using excessive force in violation of citizens' civil rights. That meeting will feature the work of attorney and civil rights activist Connie Rice, who has worked on police reform and reducing gang violence in Los Angeles.  In addition the meeting will preview the work ahead on police reform in Seattle.
Rice, author of the book "Power Concedes Nothing," will discuss her work along with Mayor Mike McGinn, Councilmember Nick Licata, and City Attorney Peter Holmes.


The encounter begins during minute three of the video.
In a statement on its Facebook page the NAACP said:

"While the Seattle King County NAACP appreciates that the Department of Justice has entered into an agreement geared toward the improvement of Police Accountability in the City of Seattle, we are saddened by police misconduct that continues to come to light.
"By now, many of you have seen the video of Seattle Police Officer Faust strangling a man on the corner of 23rd and Union. What many of you do not know is that the NAACP has been concerned about this particular officer for a few years now. He was a direct participant in another high profile issue just a couple of years ago.
"The City of Seattle attempted to keep the public from knowing about Officer Faust's recent incident. There are recent incidents involving other officers as well. If there is going to be change in Seattle, it will be up to the people.
"Further, we will be seeking individuals that are prepared to help us work toward better police accountability in 2013.If John T. Williams were to die at the hand of a police officer today. I am sad to say that I believe that little would be done to hold the officer accountable."