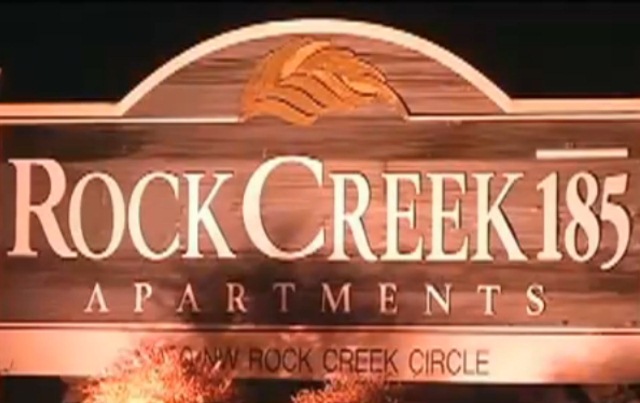 A mother is speaking out after she says her son was wrongly arrested for a Hillsboro home invasion robbery.

Kei-Jian Buckley, 18, along with Xavier Mitchell, 18, Stanley Armitage, 18, and Dylan Trotter, 20, are being held in Washington County custody for their alleged involvement in a robbery at the apartments on NW 185th Ave. and NW Rock Creek Blvd on Nov. 23. The victim, Chad Smith, 20, was knocked unconscious, suffered a broken jaw and reported having marijuana and electronics stolen.

Buckley's mother Kimberly says she has evidence to prove her son wasn't there andthat racial bias has played a role in the coverage of the case.

have a strong case against Buckley but says information on the specifics of the investigation isn't available yet.

A friend's mother and Buckley's girlfriend say he was with them throughout the evening.

Julie, the friend's mother, who didn't want to give her last name because of tensions in the community following the incident, says Buckley was playing video games with her son until his girlfriend picked him up.

The police statement says officers were called to the Rock Creek apartments at 11:49 p.m.

According to the statement," The investigation revealed that four men unlawfully entered the 20-year-old victim's apartment through an unlocked sliding glass door while he was home alone. Three of the men were known to the victim. Deputies were told the intruders assaulted the victim rendering him unconscious. When the victim regained consciousness, he said the four men were stealing property from his residence."

According to Buckley's girlfriend, she picked him up around 10:30, and they went to play laser tag. She says that because the venue was closing earlier than they had planned, the two instead decided to rent a Redbox movie from the Albertsons off of Cornelius Pass at 11:30. She says the store's surveillance camera captured her and Buckley as they left. However, she claims she hasn't been able to get access to the footage because police haven't returned her calls. She also says she didn't see Mitchell or Armitage that night.

Family and friends have also raised questions about racial bias in the media coverage of the case.

Buckley, Mitchell and Armitage, all Black, were arrested the morning following the incident. Trotter, who is white, wasn't initially identified but turned himself in Nov. 29.

Although initial reports said the police had little information on Trotter, Buckley's mother said police gave her a photo, a name and description of his car when they questioned her other sons. She wonders why her son and the other men had their mug shots splashed across the news stories while the white suspect wasn't pictured or identified until he turned himself in.

According to the Washington County Sheriff's office, all four suspects are being held on charges of 1st degree robbery, 1st degree burglary, unlawful use of a weapon and 3rd degree assault. In addition, Trotter is also being charged with 2nd degree robbery. The bond for each man is $250,000.

Julie says there was overflow of supporters in the courtroom for the men's initial hearing andwonders why that received little attention in reports.

"There are a very large amount of angry people that are upset about this whole thing," she says.

Two of the men had previously been in the news for their accomplishments in sports. Mitchell, a senior at Century High School, was recently named first team All-Pacific Conference in football as a receiver. He was also starting for the school's basketball team. Buckley, a Liberty High graduate, placed second in the state 5A high jump competition.