City of Portland Rolls Out New Initiatives for Minority Contracting 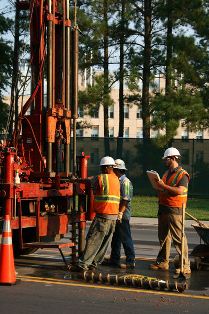 The City of Portland is rolling out new initiatives to address disparities in contracting that negatively affect women and minority owned firms.

"The idea of this program is to develop those contractors so that they can take some of our large contracts," says Christine Moody, chief procurement officer for the City. "As a development over time, the idea is that a minority contractor or a woman owned business will be in line to take some of our largest contracts in the areas such as sewer construction, water construction, street improvement, building alteration and building construction. That's specifically where the City bids out 95-98 percent of its prime contracts."

During an interview for The Skanner News' special MWESB Edition, Greg Wolley of the City of Portland said these initiatives would help create a more equitable playing field in an industry dominated by large, established (the majority of which are white owned) firms.

"Obviously a company that has been in business longer and has done more similar projects has often gotten the nod from our project managers because they have made a bigger impression," he says. "Our goal is to promote the smaller company."

The Prime Contractor Development Program attempts to address this with a four tiered system. Currently, there are only two active tiers.

Tier 1 projects are for firms with a gross annual receipt, which is the amount of income a business receives before it takes costs into account, of $1,700,000 or less and the projects range from $5,000 to $150,000. Contractors in this tier will be provided such resources as tuition assistance for classes at PCC's Small Business Development Center.

"Over the three years that they're in that tier, we'll provide them with technical assistance and other business development things," says Moody. "The idea is that after they've been in the tier they've progressed enough as a business to move up to Tier 2."

Once in Tier 2, contractors will be required to take a ten month, comprehensive business development program that teaches them the "back office piece" of contracting, including marketing, human resources and how to read financials.

After graduating the program, contractors will go through an evaluation and if they pass, will move on to Tier 3.

"The whole idea is that for Tier 3 and Tier 4, we have enough contractors within those tiers so that we can bid contracts," says Moody. "Typically when we bid, there needs to be at least three contractors. We're trying to make sure that within each tier and each category of work we have an ample amount of contractors so that we have competition."

She says the ultimate goal is for a contractor to graduate from Tier 4 after five to seven years.

Another issue that is hindering MWESBs is competition from larger firms, according to the City.

The Professional Services Marketing and Outreach Program hopes to address this with two new procurement strategies, which are:

1) Allow City project managers to contract directly to Oregon certified minority, women and emerging small businesses (MWESB) for contracts up to $50,000 without competition.

2) Allow City project managers to contract with Oregon certified minority, women and emerging small businesses for projects from $50,001 to $100,000 without advertising, provided that at least four proposals are received and 50% of the responses are from Oregon certified MWESB firms.

Wolley also addressed this in the MWESB Edition.

"They (large firms) have marketing staff so they can just whip out these proposals very easily and quickly without much effort," he says. "For a small company, that's a much bigger decision and so proportionately, much more costly. And it takes much more time for them to submit a proposal than a big company. This way, we expect we'll get more proposals and more participation."

The City is also developing a new Professionals Services Small Business Directory. It will include information gathered from MWESB firms that includes descriptions of their related projects, references, and the dollar size of projects that they can successfully manage.

Although these are City initiatives, Moody says the aim is for MWESBs to be able to obtain more than City contracts.

"We want to make sure, as a business, you have an actual diverse portfolio," she says. "So even if you're in a business that does mainly government work, you're also getting work with the Port of Portland, Multnomah County, or another city or even working on some of the large projects that are going on but have a substantial subcontract.

"It's not just a program where you're going to get into it, sit there, have your $150,000 programs for five years and then graduate and not able to take anything larger than that. That's not going to help that business grow."

For more information, go to the City of Portland's Procurement Services page.