By Helen Silvis of The Skanner News
Published: 14 November 2012 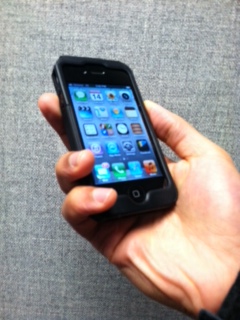 A report released Nov. 14, by Multnomah County Auditor Steve March, says the county could have saved more than $300,000 in 2012, if it had better oversight and policy on cell phone use.

"The County does not have adequate processes to determine business need, monitor usage and cost, account for mobile devices, or provide adequate security," the report says.

The audit found 374 cell phones had not been used because they weren't necessary to do the job. That cost the county $42,955 during a three month period, or more than $170,000 for a year. It also found that 291 employees had two or even three phones. And 44 percent of employees were on the wrong plan, based on an assessment of need and use. That cost the county $135,000 over a year.

"We estimate the County could have saved over $300,000 in fiscal year (FY) 2012 with improved processes and controls. This number only includes the cost of unused devices and incorrect voice plans. Due to the lack of data, it does not include potential cost savings from incorrect data and texting plans or reductions in personal use.

"We estimate that employees potentially used over 20 percent of their cell phone minutes for personal use, so there may be significant savings from a reduction in personal calls."'

The report also found, "23 employees who incurred monthly charges for dating, trivia and horoscope services that cost over $400 during a three month time period."
Those services have a reputation for sending unsolicited texts, the audit report notes, so the employees may not have been aware of the problem.
One employee, "Incurred $1,437 in voice overage charges and $23 in texting overage charges."
Another incurred $66 in roaming charges, while on vacation in the Caribbean.

The audit says that 39 employees were reprimanded for personal use of work phones, outside of county policy.

The complexity of cell phone plans makes them difficult to monitor, the audit says. So the county should work with an outside expert who can help negotiate better contracts.

"Wireless Watchdogs is working with the State of Oregon to optimize their cellular plans and has produced cost savings for other local governments," the report says. "The County should find a mobile device management company that can provide services such as rate plan optimization, cellular expense monitoring and inventory management. Many of these mobile device management companies will provide initial services at no charge as they recover overpayments to the carriers."

The audit report made five recommendations:

·         Evaluation and documentation of the need for employee cell phones

·         Monitoring of usage and periodic reassessment of need

·         Contract with outside services to help manage plans