Charlie Hales Will Be Mayor of the City of Portland

By Helen Silvis of The Skanner News
Published: 06 November 2012 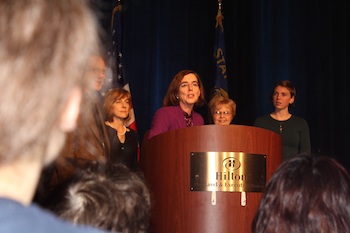 Commissioner Amanda Fritz won re-election, with 57 percent, compared to 44 percent for challenger Mary Nolan. Fritz said she was very happy about the result.


In Oregon State races it was a good night for Democrats.

Ellen Rosenblum was elected Oregon Attorney General with 56 percent of the vote.

Ted Wheeler was re-elected State Treasurer with 57 percent of the vote. 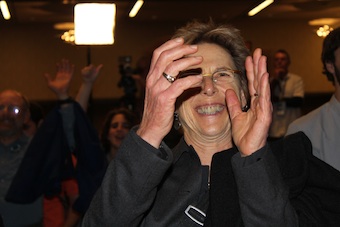 Nonpartisan Races
Brad Avakian retained his job as Commissioner of the Bureau of Labor and Industry.

Judge Richard C. Baldwin took 51 percent of the vote, compared to 48 percent for Nena Cook, to win a seat on the Oregon Supreme Court.

The Arts tax, which will cost each adult with an income over poverty level $35 a year, passed.

The corporate kicker measure, which will send corporate taxes to fund schools passed.

Measure 80, the Cannabis Tax Act, failed with 55 percent voting no and 45 percent yes. That's a contrast with Colorado and Washington State where cannabis legalization measures look set to pass. In Multnomah County, 58 percent of voters said yes to legalization.

Paul Stanford, who sponsored the measure, said the result was disappointing, but lays the foundation for the Legislature to pass a legalization bill.

"And if they don't we'll be back in two years," Stanford said.

Washington's cannabis legalization measure is passing with 55 percent in favor and 44 percent against.