By Helen Silvis of The Skanner News
Published: 15 October 2012 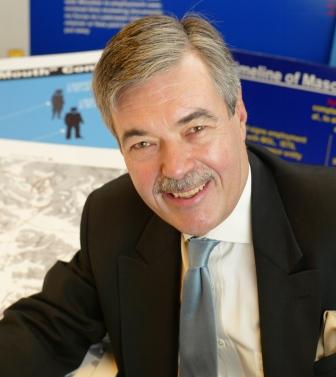 The Obama administration has tapped Portland attorney Robert Stoll to champion ordinary Americans dealing with the powerful financial services industry. Stoll will travel to Washington D.C. and venues around the country to hold hearings along with  other financial experts.

"We have a lot of experience in bringing banks and financial institutions to justice through the courts," he says.

As one of 25 people – chosen from around 1,000 candidates – he will serve on the Consumer Advisory Board that will advise Richard Cordray director of the new federal Consumer Finance Protection Bureau. Stoll is the only one from the Northwest. Others hail from Chicago, New York and the Bay area.

Created in 2010 as part of the Dodd-Frank financial reform bill, the bureau is responsible for regulating banks, credit card companies, the insurance industry, loans and collections agencies, mortgages and all kinds of financial products. It's also charged with educating consumers, studying the impact of financial products and services, and making sure financial companies treat consumers fairly.

Stoll worked with Sen. Jeff Merkley as he pushed for financial sector reforms and more recently for foreclosure help for underwater homeowners.  Financial reforms were badly needed, he says.

"In my law practice I saw the devastation these abuses caused," Stoll says. "For instance, a person when they would get auto insurance and they had bad credit, they would pay a higher auto premium than they would if they had good credit. But when a person pays their bills every month, what does their credit score have to do with how good a driver they are?"
The firms were publicizing low rates, while not telling customers that the monthly premium would depend on their credit scores.

"They rip off largely poor people, and to me that was just an outrageous thing."

In 2007, Stoll's firm won that case against Hartford and several other insurers, returning about $100 million to consumers.

Stoll says he is ready to go to bat for consumers on issues such as: consumer and investor fraud, the mounting costs of higher education and student debt; mortgage and foreclosure issues. The fine print on credit card agreements. Take student debt, for example.

"We have a problem," Stoll says. "Here we are in the information age, and the cost of higher education is horrendous. So you have students finishing college or graduate school with $100,000 of debt. That's not unusual. Too many young people are saddled with that.

"We absolutely depend on having an educated workforce, yet we're acting exactly the opposite of how we acted after WWII with the G.I. bill. There is a real issue here of access to finance for people who want to improve their lives. We have a serious problem with mortgages. Young people because of their student debt can't afford to get a mortgage. The mortgage company won't talk to them because they have $100,000 or $150,000 worth of debt. So that's a big problem."


On Oct. 1, for example, the bureau ordered three American Express companies to repay $85 million in illegal credit charges. The bureau said the companies had deceived consumers, discriminated on the basis of age, and charged illegal late fees.

The case shows just one reason why the bureau is needed, Stoll says. Here's another. The  bureau just released a report on credit scores, which said consumers often see a different number from their lenders or landlords.

"Consumer finance to me has unfortunately been too long discriminatory, adversely, to people of color and to all types of minorities, and to women—in terms of women being able to get access to capital, for example.

"People of modest means, middle class people, are unfamiliar with all the fine print. And as a practical matter, most people need to have a credit card, just to exist in this country really. There are relatively few credit card companies. The forms are all the same. The terms are all the same. And you have this very one-sided contract. So hopefully the protection bureau will act to be more protective of consumers."

The bureau's power to call out banks and credit card companies, and to investigate issues such as the burden of student loan debt, takes it into controversial political territory.

Former Harvard professor and longtime consumer advocate Elizabeth Warren, who now is running for U.S. Senate in Massachusetts, against Republican Sen. Scott Brown, was a key figure in creating the bureau. That's your first clue about how unpopular it is with Republicans.  In fact, if Mitt Romney wins the presidency in November, Republicans in the House of Representatives likely will kill or gut the bureau. Bad idea, Stoll says.

"We would be moving backwards, back to the deregulation that caused this problem in the first place."

The advisory board will teleconference regularly and meet three times a year to hold hearings –once in Washington DC and twice a year in other cities.

Stoll's also concerned about the impact of a U.S. Supreme Court decision that allows people to waive their right to jury trial and to bring class action suits.

"Say you had a $5,000 claim. You can't find a lawyer to take a $5,000 case. It's just not economic. The only way that it's economic is if it's done as a class action. So the person has to go to arbitration and arbitrations are usually very expensive."