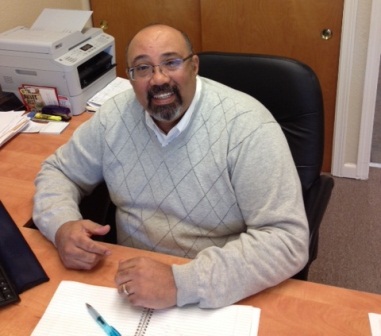 As the owner of an independent insurance agency, Vince McCreary makes sure his customers come first.

"I work for insurance companies but really, I work for the insured, making sure they get the best rates possible and the right company," he says.

McCreary has been in the insurance industry for 29 years. His stops have included Allstate, Clements Worldwide and First Tech Insurance Services; in past years he owned an agency down the street from his current location on 2914 N. Lombard St.

This year, he decided he wanted to own his own agency again.

After going through a series of appointments and getting a lease, he launched the Vince McCreary Insurance Agency in August. He specializes in personalized plans, which include life, auto, home and commercial insurance. McCreary also works with 17 different insurance companies, allowing him to be flexible when it comes to serving customers.

Familiarity has helped him get his new business off the ground.

"I opened my door at the end of August and most of the people are finding me again that I used to insure a long time ago," says McCreary. "Starting a business in this economy has always been a challenge. But it's been a fun challenge."

He says he's gotten much of his business from friends, family and fellow church members passing along the word.

He has also utilized social media. McCreary is catching up with the new wave of technology and his daughter Alanna is helping move that process along; McCreary says he let her play around with the agency's Facebook page one night and the amount of "likes" tripled by the next day.

Although he embraces technology advances, McCreary believes some business is best handled the old fashioned way.

"Nowadays you can buy a policy without even having to step foot in an office," he says. "Companies want to do business in that way and they also give discounts based on that.

"The person online is not invested in you. All they're doing is giving you a rate. Whereas, when you go in to see someone, you get that person's personality. You get to actually experience them. When a time of crisis comes you want to talk to someone personal to hear your side of the story.

"I love GEICO and all of them. They've got great commercials but in a time of need you need to actually talk to someone."

The industry has undergone a number of changes beyond just technology, according to McCreary.

One of those changes is how a customer is rated.

McCreary suggests that young people shopping the insurance market have good credit scores because that is one of the new things companies are looking for. In terms of car insurance, he also notes that companies look for clean driving records, college degrees and whether a person has taken Driver's Ed or a defensive driving course. Companies reduce rates for grade point average, usually 3.0 and above, in some cases as well.

He encourages insurance shoppers to be thoughtful because at the end of the day, it's about the money.

"Don't look at the minimum coverage as a way of buying insurance" says McCreary. "When you're buying your first car, a lot of people just put the state minimums on it. State minimums are usually higher than the next step up."

"Take the time to check out rates. It takes about 15-20 minutes to get an actual quote from someone. You never know when you're paying too much. In this day and age, saving every bit of money is good."

Find out more about the company at www.mccrearyins.com.