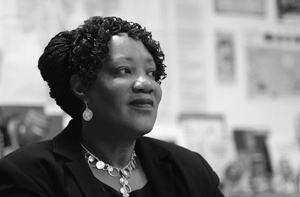 Southeast Portland resident Linda Banks has been selected as a recipient of Portland General Electric's Outstanding Volunteer Award for 2005. Created to reward the community spirit of PGE employees and retirees, the awards program recognizes individuals who have demonstrated steadfast commitments to their communities throughout the year. Banks is passionate about diversity, traveling the world to participate in events that promote unity, celebrate diversity and seek to eradicate racism. She was nominated for this award by Karen Ettinger, director of the Global & Multicultural Resource Center of the World Affairs Council of Oregon, located at Portland State University and sponsored by the college's Office of International Affairs. In recognition of her award, PGE donated a $250 grant in Banks' name to the center. The World Affairs Council believes that multicultural education can build understanding, acceptance and rewarding relationships among people of diverse backgrounds and abilities. The center provides programs and materials to support this purpose. Banks, who has worked in human resources and diversity at PGE for 12 years, met Ettinger at a PGE diversity event in 1998. "We just hit it off, and I had an immediate appreciation for the work she does," Banks said. The resource center has developed several diversity programs for schools, workplace events, cultural fairs and curious individuals. It also has resource and reference libraries geared toward different ages. The center is filled to the brim with cultural bridge boxes, each featuring one of 50 countries that contain educational tools such as maps, lesson plans and treasures such as musical instruments, traditional clothes, toys, games and props. "Linda's work with the resource center is a vital part of our survival," said Ettinger. "She goes out of her way to include us in PGE activities, helps us find funding through PGE and generously donates her time to our programs." Banks has recently been involved in Cross Town/Cross Culture, which brings together middle school students from diverse districts to talk about their backgrounds and at-home cultures. "We explore each other's lifestyles, what makes each of us unique and what things we share in our common humanity," Banks said. "Linda volunteers because she cares deeply about breaking down barriers between people and she wants to do what she can to make the world a better place," Ettinger said. In conjunction with her work at the resource center, Banks created a diversity summit to educate and inform businesses in the Pacific Northwest. PGE sponsors this event, held once every other year at the Oregon Convention Center. The event, started in 2000, has grown to include more than 1,000 participants and more than 100 organizations. Portland General Electric employees and community leaders nominated 127 individuals for this year's awards, including co-workers, retirees and colleagues who embody the values of volunteerism. Within the company, individuals clocked more than 90,000 volunteer hours in 2005. In addition to Banks, this year's other Outstanding PGE Volunteer recipients include: Kim Gilman, financial analyst; Jim Johnston, standards engineer; Rodney Lewis, general foreman of the Eagles (PGE line crews responsible for the company's emergency restoration work); Robert Marheine, wildlife biologist; Mike Porter, key customer group supervisor; and Elroy Schindler, retiree.