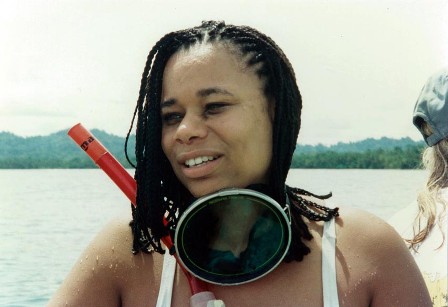 Portlander Sharie Lynn Smith died Aug. 4 in a rafting accident on the Deschutes River, and local residents there are questioning whether there should be more warning signs on the stretch before the Lava Island Falls rapids.

Smith, 50, was floating in a small rubber raft with friend Angelia Chase, when their craft was swept through the rapids and both were thrown into the water.

Chase was rescued clinging to vegetation on the side of the river; Smith was discovered at the bottom of the falls.

Both women were wearing life vests and drugs and alcohol were not a factor, according to news reports and family members.

Central Oregon television station KTVZ reported last week that 11 people have drowned in the Deschutes since 2005.

KTVZ reporting team Renee Nelson, Barney Lerten and Kim Tobin interviewed river raft guides who say it's common for tourists to misjudge the longer stretch of the Deschutes, where calm waters can change into rapids within minutes – spelling danger to anyone unaware of the river's features or unable to see the danger signs posted on the trail to the water's edge.

"There are warning signs, as well as hazard signs informing people of where the takeout is before Lava Island Falls and the hazards that are ahead," the KTVZ team reported.

"However, the signs are close to where the falls actually occur, and raft guides warn this is a fast-moving current, leaving one to wonder if the signs can be seen soon enough."

Smith was born in New York but had lived in Oregon since her early teen years. She graduated from South Albany High School and then from Portland State University with a degree in Psychology.

Known by the family nickname "Sunshine," Smith was an artist, former model, and entrepreneur who sold items she made herself at the Portland Saturday Market and antiques at Last Thursday on Alberta Street.

In past years she owned the Vintage Vogue resale shop in Downtown Portland.

She lived with multiple sclerosis, which she managed through a health regimen of diet and exercise.

Smith also loved being in water, "be it on a cruise vacationing with family, waterskiing in South Lake Tahoe or rafting down a river," her sister KrisAnn Washington says.

"She had an amazing green thumb as well," Washington says. "The girl could make anything grow. She kept plants for literally years!"

Smith lived in the Boise-Eliot neighborhood, and volunteered at community gardens around the area, but suffered a no-cause eviction several years ago that drove her out of Northeast Portland completely.

Her struggle with gentrification and her fight to keep her apartment were covered in an article in The Skanner News, and her story is included in the Urban League of Portland's State of Black Oregon report.

Washington says that Smith was on the Price Is Right the first year Drew Carey became host, and "won showcase prizes worth thousands."

Smith had no children of her own, but she is survived by 10 brothers and sisters. Services have already been held.

"She was very adventurous, gregarious and outgoing," Washington says. "During her service the one common thread for all of us was her big heart and her willingness to help anyone who needed her.

"She has left an incredible, very special bond in her family's heart that will never be broken."

The family asks that remembrances be sent to your local Multiple Sclerosis foundation.