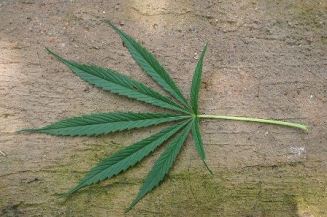 "To right the wrongs of the past, we need to end the drug war immediately and replace it with a common-sense approach. I call on Oregon's business, civic -- and especially its religious – leaders to add their voices to the coalition getting behind Oregon Measure 80."

In Washington, three pastors have spoken out in support of Initiative 502, which would allow adults to possess and use cannabis, and would levy a 25 percent tax at each point of sale.

"It's no longer enough to say the War on Drugs has been a failure," Rev. Braxton said in a press release. "We have to recognize that it has done damage, especially to black Americans, and we have to change course. Marijuana law enforcement has become a pretext for pushing people into the criminal justice system where they get branded with criminal records that turn them into second-class citizens facing additional barriers to education and employment."

Cannabis is the most widely used illegal drug with one in 10 American adults, about 17.4 million people, using it regularly. Use peaks in the 18-25 age group, but falls off among older adults. Whites are slightly more likely to use marijuana, but African Americans are more likely to be arrested, charged and convicted of possession.

Advocates say it makes no sense to place so many people on the wrong side of the law. They also point out that marijuana arrests bring disproportionate numbers of youth of color into the criminal justice system. The Obama administration has prioritized drug prevention and treatment, but has not moved toward decriminalization.

"On every useful metric the prohibition of marijuana has been an epic failure. So it only makes sense that we should control it with the same kind of regulation we use for liquor.

"We hope the NAACP's endorsement will send a strong signal to voters of color—and to all voters – that regulating marijuana is a civil rights issue."

In 2011, the national NAACP passed a resolution calling for an end to the war on drugs.

NAACP President and CEO Benjamin Todd Jealous said at the time, "Today the NAACP has taken a major step towards equity, justice and effective law enforcement... These flawed drug policies that have been mostly enforced in African-American communities must be stopped and replaced with evidenced-based practices that address the root causes of drug use and abuse in America."

Oregon Measure 80 would regulate the production, distribution and sale of cannabis to adults 21 and older in Oregon, using a similar state-licensing model to the one Oregon currently uses for regulating and taxing liquor. But even if voters pass Oregon's Measure 80, Washington's I502 or Colorado's A64, the issue will not be settled. Federal law continues to prohibit marijuana use.