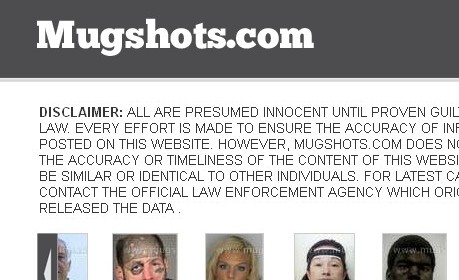 It's one thing to get arrested and have your mugshot plastered across the Internet for all to see. But what if your booking photo gets posted to the web by an anonymous blogger along with a dose of racist, sexist humiliation?

Many people in this situation turn to "reputation restorer" websites, which often charge hundreds of dollars to "help" remove mugshots from the web.

Yet news reports from the past year show that, at least in some cases, the "reputation restorers" are in cahoots with the mugshot websites, creating what WIRED magazine calls "one of the latest niche industries on the web: the mug-shot racket."

While state and county officials around the nation have traditionally thrown up their hands and called the mugshot website scam a free speech issue, one online community is working to build a movement persuading states to change laws limiting how private companies can profit from public documents.

Less than a month old, www.classactionagainstmugshotwebsites.com is slowly growing a base of support aimed at changing state laws on making a profit from public documents, and boycotting mugshot website advertisers until they drop their ads.

"We are going about this the legal way," says Diana, an anti-mugshot website organizer from outside the Pacific Northwest who declined to be fully identified for this story.

For their part, mugshot website operators argue that they are performing a valuable public service by shaming miscreants and deterring others from criminal acts through fear of the commercial mugshot industry.

While law enforcement agencies have posted mugshots online for years, the profit motive for private websites has been boosted by a handful of factors: liberal "sunshine laws" mean most states consider mugshots to be public documents easily available online for free; the down economy – which has likely increased the number of mugshots overall as well as the number of out-of-work web code writers; and search engine optimization (SEO).

The issue of SEO use is especially crucial because it allows the website operators to tag the mugshots so that they consistently pop up at the top of search results for the arrestee's name – creating a virtual ball-and-chain that can never be hidden from prospective employers or colleges or dating partners who go online.

Never – except when the desperate arrestees shell out cash to get the pictures removed, which can cost anywhere from $40 to more than $1,000. If your mugshot pops up on more than one site, the removal charges add up even faster.

This issue blew up in Kansas last week when a freshly-minted mugshot website appeared that offered a $199 take-down service right on the home page next to the mugshots themselves – considered a rare step, although a Portland website had already done something similar.

The Kansas City entrepreneur, Matthew Creed, also planned to send out snail-mail notices to the mugshot owners – and their neighbors -- in envelopes printed with the mugshot and the words, "We know!"

Creed won even more headlines a few days after the Kansas City Star reported on his business; he'd received so many death threats that he closed the site and moved his wife and two kids out of the area, news reports said.

Which is why Diana says she doesn't want to reveal her full name – she's afraid of harassment from mugshot website supporters.

While both the mugshot websites and the mugshot-removal websites often reap big bucks, critics argue that they increase recidivism and damage the economy by making it harder for a significant number of people to find a job.

How many people? One website in Florida reportedly carries some 4 million mugshots alone -- and those are just of people who are too poor to pay to get them taken down again.

Since no government agency actually regulates such sites – and in most states they don't have to register with any agency or bureau -- it's impossible to know how many people have been caught up in the mugshot industry scam.

Listservs and blogs giving space to venting and rants against mugshot websites have also grown http://mugshothelp.blogspot.com/

– but the horror stories posted there are not making it into the public eye.

Some of the most common complaints include: hundreds of dollars paid to "reputation restorers" to remove mugshots – without the mugshots actually being removed; mugshots of arrests in which the charges were dropped or withdrawn, but with mugshot website owners apparently ignoring pleas for removal; payments made to remove mugshots only for the photos to appear on a related site immediately afterward; years-old mugshots scraped from old databases and posted online, to the surprise of the arrestees who had already paid all fines, completed community service and "paid their debt to society;" mugshot blogs heaping loads of humiliating abuse on the arrestees – and above all, the sense of guilt for those arrested despite consistent website disclaimers that "all people arrested are innocent until proven guilty."

Boston law clerk Justin Silverman last year posted a detailed analysis of why it's wrong for local governments to ignore the upward-spiraling industry, and in particular the "reputation restorers" who serve the affluent.

"…only the wealthy and informed get to limit their indiscretions to the relative obscurity of a single county website," he wrote. "The best access to records — be they town board meeting minutes or mugshots — shouldn't be through a site that is paid for protecting the privacy of one individual over another. It should come from a government body that prohibits that patronage in favor of accuracy and context." 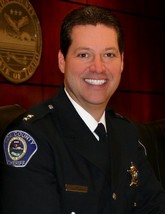 Oregon and Washington State appear to lack a movement or any governmental champion against mugshot websites, but in the state of Idaho, Ada County Sheriff Gary Raney has taken one of the toughest stands in the country – if not the toughest – on keeping mugshot profiteers off his turf.

The issue is compelling, Raney says, because he believes that online mugshots posted by law enforcement are a deterrent to crime, but that commercial mugshot websites have the potential to increase recidivism and are a form of extortion – and the information they contain is not truly accurate.

"We want justice to be served but we also want, whatever happened to that person, to make sure that they don't do it again," Raney said.

"It's not just the punitive part of go to jail, or pay a fine or serve community service. It's what we do to change that behavior."

The sheriff is adamant that posting mugshots online is a crime deterrent – but, he said, the way law enforcement and the court system have traditionally done that involves posting complete information about the case including whether the charges were dropped or the defendant acquitted. Plus, the mugs are only posted for five days after the arrest.

"All of the community feedback I get is that posting the mugshots does have very good value in deterrence and in helping people, and you should keep it up," Raney said.

"The flipside of that is the profiteering – when it's not credible information, because we just had one recently where somebody was arrested for lewd conduct or sexual abuse of a minor, and that charge was withdrawn, and we were able to correct that on the website immediately and get that picture off," he said.

Raney says there is no question that mugshot websites represent a significant barrier for people trying to get their lives together.

"A person who loses their job, you just increased the likelihood of recidivism for that offender. Or they're embarrassed in front of their family – family social support networks are one of the greatest things to reduce recidivism, and now you're decreasing that," he says.

"They're only out to make a fast buck at somebody else's expense."

Raney is the only public official The Skanner News could find who had taken a direct action against mugshot websites.

"Right now you may be aware that we've copyrighted our mugshots and begun taking copyright infringement action against the sites that are using them," he said.

"We are also changing the way photos are displayed to make it more difficult for these sites to use programs that automatically copy or 'scrape' all of the images and data from our website and post them elsewhere."

Anyone can still ask for a mugshot, but the photo will be delivered on paper.

"I hope that at least for the Ada County Sheriff's office, we continue to find ways to hamper their ability to grab those mugshots," Raney said.

Diana's site includes sample letters to mail legislators asking to tighten up public records laws to limit commercial profit from public documents, as well as some designed to send to advertisers encouraging them to drop their financial support; the advertiser boycotts are proving particularly effective, she says.

"The reason the website is named what it is, is because when people go to Google, they are mad and the first thing they are thinking about is, we're going to go sue them," Diana says.

"You can't get anything done that way – not until the law is changed.

"And that is the reason our organization is targeting the legislation. We are going to the representatives, we're contacting every elected official in the states," she said.

"One of the biggest things we have been pushing for the past two weeks is an advertising boycott.  We have been contacting all of the advertisers who are posted on mugshot websites, and we have had tremendous support," Diana said.

"We are working to get rid of their money. If they can't make money at it they are not going be doing it.

"It is a very reasonable goal that we have and we are succeeding."