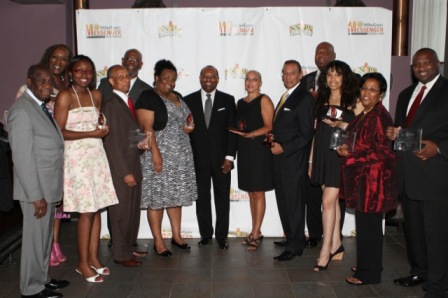 The National Newspaper Publishers Association Foundation and MillerCoors, which sponsors the awards, announced the winners at the NNPA's annual conference in Atlanta. The competition acknowledged outstanding journalism in categories such as Breaking News, Commentary, Feature and Sustainability. The 2012 competition also recognized the Best Online Presence saluting publishers with outstanding digital platforms.  The winners of each category received $5,000 and each finalist received $500 for a total of $30,000 in monetary awards.