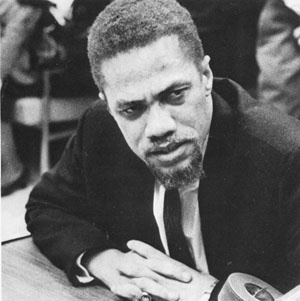 OAKLAND, Calif.--They weren't your average thugs.  Dressed in bow ties and dark suits, the group of nearly a dozen men entered a corner store and smashed bottles of liquor, wine and beer with metal pipes, shattering refrigerator cases and leaving behind a terrified clerk along with piles of broken glass.
No one was held up. Nothing was stolen. The vandals just wanted to leave a message:  Stop selling alcohol to fellow Muslims.
Followed by an identical attack at another West Oakland store the same evening, the episode highlighted tensions -- and different interpretations of doctrine -- between Black Muslims hoping to reclaim troubled parts of the city and Middle Eastern shop owners, many of them also of Muslim faith.
"Any Muslim is forbidden to sell alcohol but that doesn't give you the right to vandalize by force and try to impose your view," said Mohamed Saleh Mohamed, president of the Yemeni American Grocers Association, which represents 250 to 300 Oakland merchants. "That's not acceptable in any religion."
In urban America, friction between poor residents and the immigrant merchants who sell cigarettes, bread and alcoholic beverages from neighborhood markets is nothing new.  But the recent attack at San Pablo Liquor has injected religion into the old debate over whether a glut of such stores contributes to violent crime, vagrancy and other social ills.
Four men connected to a bakery founded by a prominent Black Muslim family were arrested in the Nov. 23 attacks and the images of seven others were caught on store security cameras.  In both instances, the vandals asked store clerks why they were selling alcohol when it was against the Muslim faith.
At the center of the vandalism is Your Black Muslim Bakery, a community institution founded by Yusuf Bey, a prominent Black Muslim leader who died of cancer in 2003.  Bey's 19-year-old son, Yusuf Bey IV, is one of the four men facing felony charges that include hate crimes, vandalism and false imprisonment.  The bakery sells books by the late Black Muslim leader Malcolm X along with baked goods, and has been lauded for providing jobs to young men from poor communities.
Bakery employees declined to discuss the late November incidents at the two stores.  But defense lawyer Lorna Brown said the vandalism has prompted discussions throughout the Black community.
"I think it's pretty clear that the number of these stores in low-income communities is not good for people," she said.
While Black and Middle Eastern Muslims may pray at the same mosques on weekends, their worlds do not tend to overlap much beyond that, said Hatem Bazian, professor of Near East and Ethnic Studies at the University of California, Berkeley.
Muslim store owners tend to live in the suburbs away from the concerns of Black Muslims, who disproportionately live in cities, Bazian said.  The immigrant shopkeepers also interpret Islam to justify selling alcohol.
"They open businesses regardless because of economic opportunities," Bazian said.  "The question becomes would they open a liquor store back home?  The answer is, they wouldn't be able to do it."
As police continue the search for suspects, community leaders have targeted the glut of corner markets selling cheap alcohol as one of Oakland's most pressing problems.
West Oakland, where the twin vandalisms took place, has 69 stores supplying liquor or beer and wine.  That's 28 more than the maximum number acceptable by state standards for the population, according to Urban Strategies Council, an advocacy group working to reduce poverty.
Mohamed of the Yemeni merchants group said critics fail to note that corner markets have improved in recent decades.  Before Middle Eastern immigrants started buying corner stores in the early 1980s, he said they offered nothing but alcohol.  The merchants expanded and remodeled the stores and began to sell more food and produce, he said.
"We're the easiest targets for community blame," he said.
Although no one in Oakland said they condoned violence against the markets, it was not easily quelled after the initial disturbance.  The New York Market, the second store hit by bow tie-wearing vandals, was struck by arson five days after the vandalism.
A shop keeper was kidnapped and spent more than 12 hours in the trunk of a car until he was found unharmed, but police haven't determined if those incidents are connected to the vandalism.
In December, meanwhile, well-dressed men entered the Happy Times Market in Oakland and asked the clerk about his Muslim faith.  The clerk wasn't threatened.
But progress might be in the works. City officials are cracking down on nuisance liquor stores, and recently forced a store to sign a strict compliance plan to end complaints of drug activity on the property.
San Pablo market owner Saleh, who has kept his store open following the attacks, said his decision to sell alcohol is "between me and God."


"We're just coming here to make a living like anyone else," he said.