Forfeited to Oregon Law Enforcement in 2011: $1.8 Million in Cars, Guns, Drugs and Cash

Helen Silvis of The Skanner News
Published: 21 May 2012 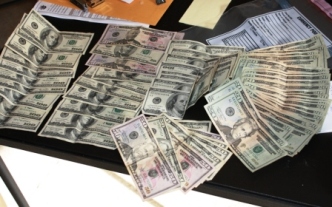 Oregon's law enforcement agencies seized more than $1.8 million in cash and goods during 2011, according to a report from the state's Asset Forfeiture Oversight Advisory Committee.
Among the assets seized were more than 30 cars and trucks, guns, computers, televisions, a safe, a refrigerator, a snowmobile, a lawn mower, grow materials and, of course, drugs.
The forfeiture report mines data from Oregon's online reporting system, which started up in July 2010. The 2011 data is the first full year of reports from across the state.
"We only have a year and a half of data, so it's a bit early to really see overall trends," says David Fidanque, executive director of the Oregon branch of the American Civil Liberties Union. He has served on the forfeiture oversight committee since 1989.
Fidanque says that what we are seeing is a dramatic difference in how individual jurisdictions are handling the costs – including things like attorney fees and storage.
"Some jurisdictions were taking a very large percentage off the top for costs, particularly for attorney fees. I think that's an issue the oversight committee needs to monitor going forward," he says. 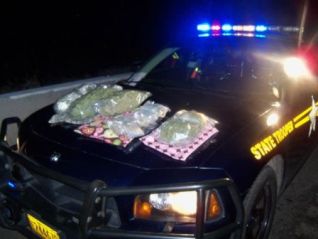 Portland Police Bureau pays 33.3 percent of all proceeds to a private forfeiture attorney contracted through the City Attorney's Office.
Compared to the six months of data available from 2010, about 8 percent more funds were distributed in 2011. However the costs of seizing those forfeited assets jumped by 600 percent.
Oregon's civil forfeitures grossed $1.2 million. And $170,453.37 of it went to attorney fees.
Under Oregon law, in most cases, police must be able to charge a crime before seizing assets. Some exceptions exist, for example where there is a previous pattern of crime.  The proceeds are distributed according to a formula that sends percentages to: drug treatment; the state general fund; children's relief nurseries; the asset forfeiture oversight fund; and for cleaning up drug houses.
Law enforcement agencies can keep and use a portion of the assets seized.
The report shows that in Oregon last year, $400,597 was distributed according to the formula. Drug courts, for example, received $204,000, and the state's Children's Relief Nursery Fund received $102,000.
The remainder, $620,000 went to law enforcement agencies across the state. The agencies must report how they spend the money, and it varies from agency to agency.

Portland Police Kept $300,000
More than $300,000 ended up with Portland Police Bureau, while $25,000 went to the Multnomah County Sheriff's Office.
Portland police took 33.3 percent off the top for attorney fees. That suggests that more than $100,000 went straight to the private forfeiture attorney who handles forfeiture cases for the City Attorney's office.  The total included a share of the value of two cars that PPB is now using in their investigations. Ellen Osoinach, an assistant attorney with the city did not know exact amount paid to the forfeiture attorney for 2011.
Gresham police and the Multnomah County Sheriff's Office shared in the proceeds of joint cases.
Of the funds that stayed with the police department in 2010 and 2011, none has yet been spent, says Ryan Rees, a senior Police Administrative Support Specialist in the Records Department.
"The PPB intends for all of these funds to go to a drug treatment program selected by the Chief," Rees said.
UPDATE: Sgt. Pete Simpson said the funds, which amount to $200,000, are earmarked for the Service Coordination Program that works with long-term offenders. Simpson agreed that more than $100,000 went to the private forfeiture attorney, but did not provide the exact total.
Until 2000, when Measure 3 passed, police departments could seize assets even when no arrest was made, and law enforcement kept forfeited assets.
"The ACLU were pretty much the only opponents of the original law," Fidanque says. "Allowing law enforcement to confiscate property from individuals without requiring an arrest, never mind a conviction, was an invitation to corruption."
Marijuana accounted for the largest number of drug seizures, with methamphetamine, heroin and cocaine next in number. Possession charges topped the list of arrests, with delivery and manufacture of of drugs accounting for the most of the rest.

The Feds Play by Different Rules

Federal law mandates all of the proceeds of federal forfeitures to go to law enforcement.
"There has been some abuse," Fidanque says, "but the reason there hasn't been more is that federal agencies are focusing for the most part on organized crime, cocaine, heroin and international drug trafficking.
"They aren't interested in what the bulk of state and local government do –going after the low-level drug dealers," Fidanque says. "That's small potatoes."
Eapen Thampy, executive director of Americans for Forfeiture Reform, says nationally, the current forfeiture system is open to abuse. One problem is that because forfeitures are civil cases, the standard of evidence is lower, Thampy says. To have property returned, owners have to prove their claim in court.
"We think it's legitimate for a judge to order forfeiture as part of a sentence," Thampy says.
"But in civil forfeitures property can be taken where there is no criminal charge. What you see oftentimes is the government will seize a person's property and they won't have the money to represent themselves in court.
"One of the big problems we see is the government is wholesale bankrupting people before they get the chance to represent themselves in court," Thampy said.
In most civil cases, he says, the people whose assets are seized have no legal representation. Oregon had 230 civil forfeitures in 2011 and in 194 cases the owners had no legal representation.
Another concern, Thampy says, is what happens to the money seized. "You typically want it to go for general government purposes," says Thampy. "For law enforcement to keep the money gives an incentive to maximize seizures or to pursue crimes where they can forfeit property.
"We argue that this drives a lot of marijuana enforcement, even in states like Oregon where attitudes are generally more relaxed," he said.