Helen Silvis of The Skanner News
Published: 14 May 2012 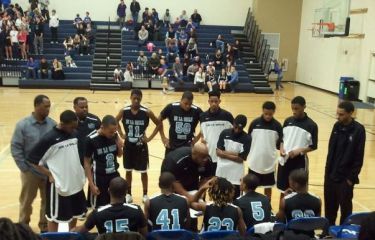 Basketball coach Paul Kelly was too devastated to remember much about the homegoing ceremony for his godson. Walter Dines Jr., the 18-year-old son of Kelly's best friend, died June 2010 in a tragic drowning accident on the Clackamas River. What Kelly does remember is the rainbow that lit up the sky that day.

Fast forward two years and Kelly is coaching the Walter Dines Memorial Basketball League. Created by Kelly and Walter Dines Sr., the league offers teens the opportunity to play and compete at an advanced level. Many of them would otherwise be shut out of high school sports. On the first day of the second season, Kelly brought his players together to explain how the league started.

"As I'm speaking I look out the window and I see a rainbow," Kelly says. "I thought, 'I just know you are here.' And it gave me the greatest satisfaction to feel that he was looking down and approving of what we were doing to honor him."

"The second year has been a great experience," Kelly says. "I think we've honored Walter in a way that would make him proud. The level of competition and the participation of the players and the parents has made for exciting games."

The league's success is just one reason why Kelly feels on top of the world. After more than 15 years of coaching, he has finally landed his dream job –head basketball coach at his alma mater, Grant High School.

"This is something I've dreamed about for the last 10 years, coming back to Grant as head coach," he says. "It was really difficult to leave De La Salle. I told my players there, 'When you find what you love you've got to give it everything you've got to accomplish what's in your heart. I hope they find that." 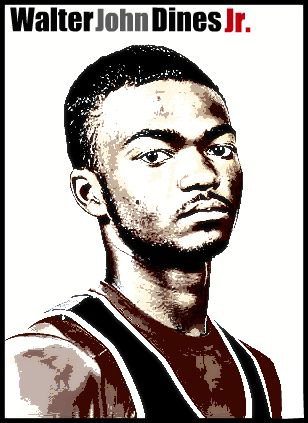 Kelly says his experience up to now has prepared him for this new challenge. He spent eight years coaching at Jeff before finally getting his own program at De La Salle. There, he took his freshman team to the playoffs in its first year.

Now Kelly will be on the opposing bench from many of the young players he has coached at Jefferson. That won't be easy, he admits, but he's determined to his best for Grant.

"We mentor young athletes in terms of training them and guiding them for careers," he said, "The mission of Tha Family is to help young men use athletics as a tool to gain a college education."

The original 15 athletes mentored in the program all earned athletic scholarships and have now graduated from college.

"Six are now playing professional basketball overseas,' he says. "The rest are giving back to the community: some are in the private sector and others are working with at-risk youth. Now they are the mentors."

Kelly also credits some of the standout players he's worked and played with over the years.

"I've learned from the best basketball minds in Portland," he says. "Vedi Simington, Marshall Haskins, Bobby Harris, Troy Berry, Robert Key, Howard Avery and Canaan Chapman: I've learned a lot from all of those young men and I hope to make them proud."