ACLU to Challenge No Fly List in Portland May 11

Helen Silvis of The Skanner News
Published: 10 May 2012 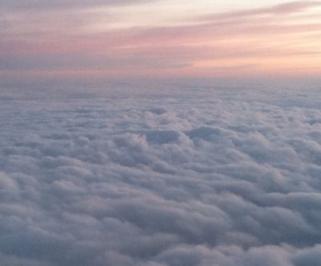 If you are on the government's No Fly list, you have no way to know until you show up at an airport to fly, and get turned away. That has happened to several American citizens and permanent residents, some who were stranded overseas with no way to get home.

The American Civil Liberties Union will continue its challenge to the secretive No Fly list in an appeals court Friday, May 11, at Pioneer Courthouse in Portland, Ore.  The ACLU will argue that its case, dismissed May 3 in District Court, should be reinstated. (UPDATE: The arguments were presented in court and now await the decision, which could be months out)

"The issue is jurisdiction – whether we can pursue the case in Oregon," said David Fidanque, executive director of the Oregon branch of the ACLU.

"(District Court) Judge Brown said the case had to be filed in DC because any challenge to the Transportation Security Authority has to be made there. We are arguing that doesn't apply because the TSA doesn't control the No Fly list; the FBI does."

Portland imam Mohamed Sheikh Abdirahman Kariye is one of 15 U.S. citizens and permanent residents, including four military veterans, who are appealing the case. The No Fly 15 all have been banned from flying to or from the United States or over American airspace.

They make the case that the ban is causing great personal hardship, saying they have never been told why they are on the list, nor given a reasonable opportunity to get off it.

"We're saying this is a violation of the constitution and they have to provide notice of a hearing before a judge," Fidanque said.

The national ACLU, along with its affiliates in Oregon, Southern California, Northern California and New Mexico, filed the lawsuit in 2010. The Justice Department opposed the ACLU, arguing that the TSA is "an indispensible party" to the case and the Oregon court system does not have jurisdiction over the TSA.

Judge Anna Brown dismissed the case May 3, ruling that the lawsuit should have been filed against the Transportation Security Administration. The ACLU, on behalf of the No Fly 15, appealed to the 9th U.S. Circuit Court of Appeals

"It is unconstitutional for the government to put people on secret lists and deny them the right to travel without even basic due process," said Nusrat Choudhury, staff attorney with the ACLU's National Security Project, in a press release. Nine attorneys are assisting Choudhury with the case.

"Without a meaningful way for people to challenge their inclusion on the list, there's no way to keep innocent people off it. We filed our case against the right agency, and the government's effort to delay a hearing on the constitutionality of this unfair system is wrong."

The No Fly 15 say their lives have been severely affected by the No Fly list. They have been prevented from being with their families, going to school, and traveling for work.

Abe Mashal, a U.S. Marine Corps veteran and dog trainer, says he has lost the business of clients located outside of driving distance from his home in Illinois.

"I have no idea why I'm on the list," said Mashal. "I should have the chance to clear my name and live my life normally. This has been a real hardship for me both personally and financially."