Helen Silvis of The Skanner News
Published: 10 May 2012 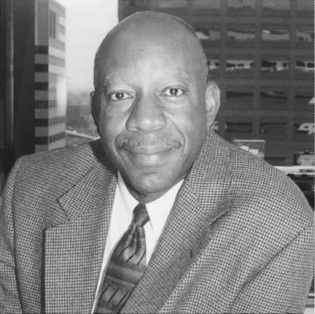 The Story
Charles Jordan has been a towering presence in Portland–and not just because he's 6 foot 7." During his 10 years as Portland's first African American City Commissioner, and later during 14 years as the city's visionary Parks director, Jordan literally changed Portland's landscape.

"There never has, and there never will be, someone under our policies more deserving of having something named in his honor," says Commissioner Nick Fish.

Fish is asking community members to weigh in on the plan. If everyone agrees on the name change, the Parks bureau will host a renaming ceremony and community celebration later this summer. 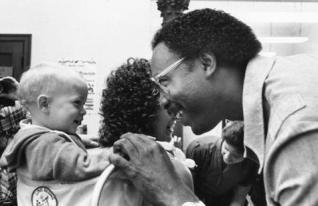 Last year, Portland won the National Recreation and Parks Association's top honor – the National Gold Medal Award for Excellence in Park and Recreation Management. Fish says he and his team wouldn't dream of taking all the credit. The award was 150 years in the making, and many people contributed. Jordan was one of the most significant.

"He was the person who took Portland Parks and Rec. to the next level," Fish says. "He was a first in terms of his public service here in Portland. He was a champion for the environment and conservation statewide. And he was a national leader for the Conservation Fund in making sure that historically significant African American sites were preserved and protected for future generations."

Fish asked former Portland Parks and Recreation administrators Michelle Harper and David Judd, to co-chair a nine-person committee to suggest a fitting tribute for the man who added 44 new parks and natural areas to Portland's system, and put people front and center of the city's parks policy.

"There's not a place where you can look in this city and not see his footprint," says Michelle Harper, who worked with Jordan at the City and at Portland Parks. "'Portland's living room,' Pioneer Courthouse Square, would not have existed if not for his leadership. And he was the first to call it Portland's living room. In so many ways, he was ahead of his time." 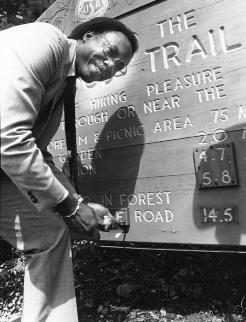 "His great saying was, 'Parks are more than just fun and games,'" Harper says. "He is a spiritual person with a strong connection to his church, and he saw us all as being connected. Parks were where we could come together to build community and family."

Built to house shipyard workers who arrived in Portland during the 1940s, University Park Community Center is a relic of Vanport. The low-income multi-racial community was lost to flooding when a dike broke on the Columbia River. When Jordan became Parks director in 1989, the center was a run-down building in a crime-ridden neighborhood. 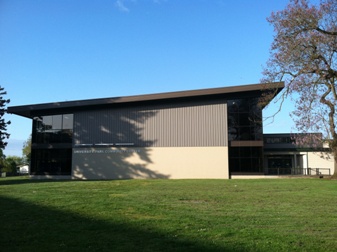 "He was determined to make sure the families who came to that center felt that they had a safe place to play that was as good as any in the City," the proposal committee writes. "He often walked the halls of the center to watch the children play and to show that this place was special, just like the children who played there."

Against advice to raze the center, Jordan won voter approval to turn it into one of the best and most-used community centers in Portland. 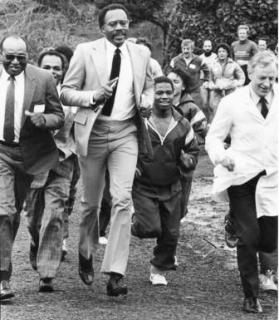 Jordan spent much of his career in Portland, first as a twice-elected city commissioner, and later as Director of Portland Parks and Recreation. Yet his advocacy, big-picture vision and sheer charisma won him friends and admirers not just in Oregon, but across the nation.

His legacy includes five years as parks director for Austin, Texas, and five years at the helm of the Conservation Fund. Wherever he went, he fought to bring people of color to the table.

"He broadened the agenda of the environmental movement and land conservation to make it more inclusive," the proposal says. "His groundbreaking approach put people – particularly people of color –at the heart of the American conservation movement."

In Austin, the Charles Jordan Hall, at Conley- Guerrero Senior Center was named for him. "Lady Bird Johnson was one of his strongest supporters," Fish says. "If there were any stumbling blocks, she'd move them right out of his way." 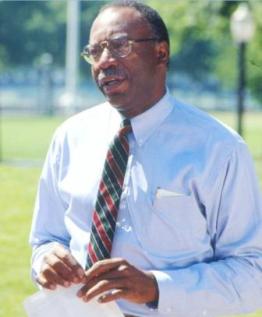 As city commissioner, Jordan created Portland's first police accountability body, the Police Internal Investigations Auditing Committee or PIIAC. He brought police into schools to create positive relationships, pushed for equity in city recruitment, and championed citizen involvement. He also fired two police officers for dumping dead possums outside an African American-owned restaurant. That spurred a police march on city hall. Jordan didn't back down, but in a now-familiar process the officers were rehired.

At Portland Parks, he set in motion popular programs such as, Pot Luck in the Park and Movies in the Park, as well as too many youth initiatives to mention. He also succeeded in gaining public support for two large bond measures and a parks levy. Famously, his love of young people fueled his work.

"I am in the business of crime prevention," he said about his mission at the Parks bureau. "I challenge any police bureau in the country to beat me at crime prevention. We have thousands of young people playing on fields and courts, and when they are with me they are not hurting themselves or anyone else." 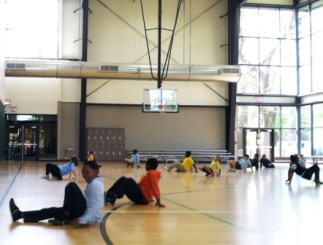 "I think it's a good choice as far as location, across from the school and the Boys and Girls Club, and that it's a community center, because he is all about community."

Now 74, Jordan is in good health, but is dealing with some short-term memory loss.

"That's another reason why it's such a good time to do this," he says. "We don't know how fast his memory will go, but we know there's no going backward."