Bruce Poinsette of The Skanner News
Published: 01 May 2012 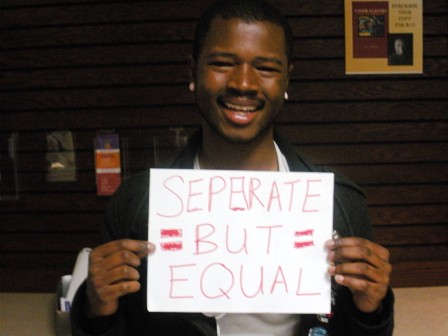 The Black vote took the forefront last Tuesday at the "Countdown to Election Day: Candidates Forum on Equity and Accountability."

Lack of representation, funding for programs that have an impact on communities of color and accountability were the defining issues of the evening.

The Urban League of Portland (ULPDX), the African American Alliance and the Portland African American Leadership Forum (PAALF) sponsored the event, which was moderated by Carla Gary of the University of Oregon and Ken Boddie of KOIN.

Three other candidates were in the audience but didn't participate in the forum.

One was mayoral candidate Cameron Whitten, who took issue with the fact that the three excluded candidates were all people of color. He, fellow mayoral candidate Steve Sung and Helen Ying, who is running for Metro Position 5, had their booths separated from the other candidates during the meet and greet portion of the forum. During the mayoral debate, Whitten walked on stage with a sign that read "Separate but Equal."

The involvement of African Americans, and people of color in general, was a theme throughout the night. 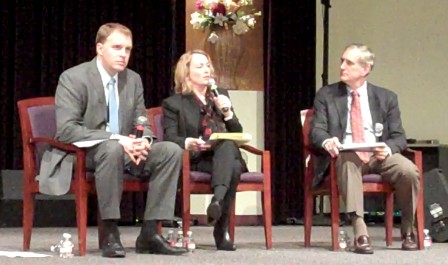 "The City (of Portland) has to look like our community," said mayoral candidate Eileen Brady.

"We're not taking advantage of the opportunities that are here for us," said Raiford. "I attend a lot of forums and I don't see as many Black people in the audience as I do tonight."

Harping on this point, mayoral candidates sparred over each other's equity history. They spent entire responses listing Blacks and people of color who have worked on their respective staffs.

"I didn't start hanging out with White people so much until I got into politics," jokes Smith.

He called for communities of color to not just trust him, but watch and hold him accountable for meeting diversity goals.

Policy was central in the discussion of giving people of color opportunities to attain wealth. Candidates agreed that aspirational goals of 25 percent involvement of people of color aren't enough. Hales suggested breaking up contracts into smaller pieces so minority firms, which may not have as much bidding power as established players, can better compete for projects. 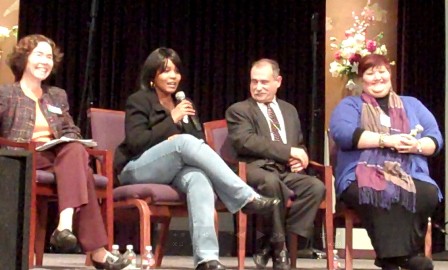 On the other side of the spectrum, was a discussion on poverty, which included the effects of foreclosure, lack of school funding and lack of access to transit on low-income communities of color.

White and Novick stressed the need for education on homeownership while Nolan, Fritz and Williams suggested plans for homeownership programs and foreclosure reform.

All the candidates acknowledged that the closures of Humboldt School and the Young Women's Academy were part of a pattern of underrepresented communities getting hit the hardest by budget cuts.

Many also harped on the need for more funding for transit and infrastructure, especially in East Portland.

Brady touted her support for rental assistance and said that there are over 3,000 homeless Oregonians, 750 of whom are children and teenagers.

One of the hottest issues of the debate was police accountability. Mayoral candidates all stated their support for Mayor Sam Adams and his decision not to reinstate Ron Frashour, the officer who shot and killed unarmed Aaron Campbell.

Smith stressed the need for trust between the Police Bureau and the community, citing a news story about a shooting near his house where potential witnesses weren't willing to cooperate with investigators.

Brady echoed the sentiments about lack of trust and discussed her proposal for a mental health unit in the police force.

Hales went further and suggested changing the culture of the Police Bureau.

"Failure to follow an officer's direction, in my opinion, should not be the criteria for the use of deadly force," he said. "We have to get to the front end of who we recruit."

According to Hales, only three percent of the Police Bureau is Black and only 30 percent of officers are from Oregon.

This encapsulated the evening's prominent narratives of Black involvement and accurate representation of Portland.  Although most of the candidates were white, they all agreed that the city's shifting demographics couldn't be ignored.

"Our city is changing and it's not getting whiter," said Smith.