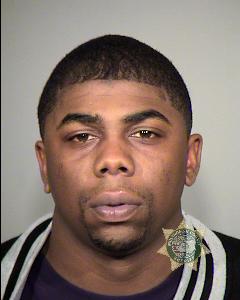 Portland Gang Task force issued a press release 1 p.m. April 6, saying the Jeray Lashawn Jessi, 22, has been arrested and charged in connection with the Feb. 22 shooting of Cortez Wade. Jessi was also present on June 26 last year, when Leonard Irving was shot and killed on 82nd Avenue across from Seeznin's bar. No arrests have been made in that case.

PRESS RELEASE
"On Wednesday, February 22, 2012 Central Precinct officers responded to a shooting downtown at Southwest 2nd Avenue and Southwest Ankeny Street at approximately 11:44 p.m. It started with a fight in front of the Thirsty Lion Bar. The fight escalated into a shooting and 20-year-old Cortez Wade was shot one time through the back and out the abdomen. The Gang Team began their investigation that night.

Last night, Thursday, April 5, 2012 the Portland Police Bureau Gang Enforcement Team arrested 22-year-old Jeray Lashawn Jessi a documented gang member for the shooting. Jessi was charged with Attempted Murder, Assault in the First Degree and Unlawful Use of a Firearm. Jessi was booked in the Multnomah County Detention Center in downtown Portland and is being held on over 500,000 bail.

Gang Detectives are continuing their investigation and would like anyone who has any information about this shooting to call Detective Mitch Hergert at 503-823-2081."