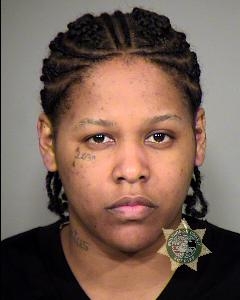 Portland Police Gang Detectives have arrested 26-year-old Shantae Bell on charges of attempted murder, assault and unlawful use of a weapon, in the shooting of 16-year-old Antonio Leron Cabine Jr.

Cabine was shot in both legs at the 46000 block of Northeast Rodney Avenue, Oct. 5, 2010. He had just left the funeral of Andre Dupree Payton, who was killed outside a downtown Portland nightclub Sept. 26, 2010. No arrests have been made in the case.

Police say Cabine told police that he was walking on the sidewalk when a vehicle drove by and fired several shots at him, striking him twice.

Police say that Cabine, along with 16-year-old Ryan Davis-Pinney, had committed a drive-by shooting at the 3800 Block of North Gantenbein Ave., shortly before Cabine was shot. They believe Cabine was shot in retaliation.

Xabian Robert Riley, 22, was present at the Gantenbeing Avenue address but was not injured.

Both Cabine and Davis-Pinney were arrested Oct. 12, 2010, and indicted on charges of attempted murder, attempted assault and unlawful use of a weapon.

"This arrest is an example of the commitment of the Portland Police Bureau to reduce gang violence," said Assistant Chief Eric Hendricks in a press release. "This arrest would not have been possible without the dogged pursuit of justice by these tireless gang detectives."

Detectives from the Portland Police Gang Enforcement Team believe others may have taken part in the shooting.

Anyone with information about the shooting of Antonio Cabine or who may have been with Shantae Bell at the time is urged to contact Detective Todd Gradwahl at (503) 823-2056 or email Todd.Gradwahl@PortlandOregon.gov