Updated: Trayvon Martin Stories, Video and Comment from The Skanner and Other News Sources 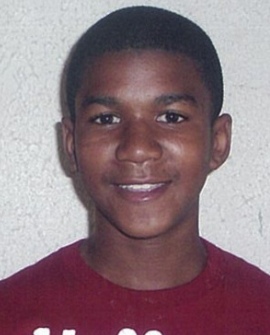 MUST READ Coverage of the Trayvon Martin case.
Updated  March 27

The Skanner News
LATEST: Trayvon is being cast as the aggressor; his family counters that the authorities are demonizing the victim.

Black men plan to gather at Portland's SEI facility on March 27 to discuss the Martin killing and how racial profiling affects their lives.

ProPublica: The Stand Your Ground Law in Florida and 16 other states
AP: Parents of slain black teen want investigation

Miami Herald
Girl on phone with Trayvon Martin heard him ask; 'Why are you following me."

Link to MoveOn.org's page on Trayvon Martin with petition 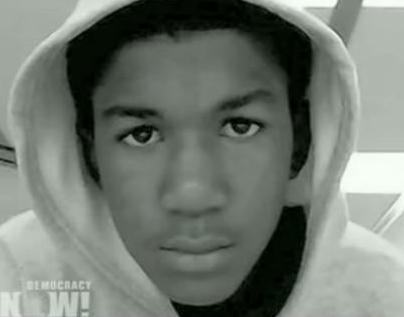 Portland mom Mary Hill is organizing a rally to demand justice for Trayvon Martin. Hill is asking Portlanders to show their support for Trayvon's family by turning out for the rally at 9 a.m. Saturday, March 24 in Peninsula Park.

Rally organizers, Hill and Portland City Commissioner candidate Teressa Raiford, are asking people to wear hoodies, because the teen was wearing a hoodie when he was shot.

George Zimmerman, a volunteer neighborhood watch captain, in the Florida town of Sanford, shot the 17-year-old student Feb, 26, as he was returning from a trip to the store to buy candy. Zimmerman says it was self-defense.

Hill says she wanted to organize the rally because, "I'm a mom and it could be any one of our kids or brothers. I can't not do something. We want justice.

"I've never been fired up like this before. It has touched me and I can't be quiet. I dream about Trayvon and when I talk about this I feel shaky and get goosebumps." 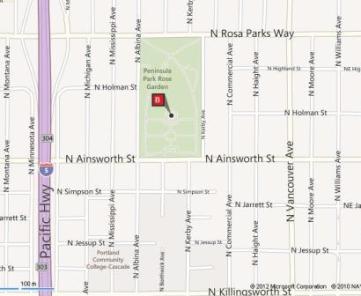 The mom of five children, aged 13 and under, Hill says like others she could not believe that an unarmed teen could be shot with impunity.

"I can't believe something like this can happen in 2012," she says. "I want people to start thinking about this. We need to face these issues."

The shooting of the unarmed Florida teen has sparked outrage in communities across the country. Zimmerman, a White Hispanic man, has a long history of calling the police to report "suspicious" people in his gated apartment community.

Martin's family called for Zimmerman's arrest and have pointed to cell phone records, a 911 call and witnesses who dispute Zimmerman's version of the shooting. His parents plan to attend a rally in New York in the evening of March 21.

Police have made no arrest in the case, citing Florida's controversial, "stand your ground" law, which permits citizens to act in self-defense when they believe they are threatened. The U.S. Department of Justice is investigating the case.

NAACP President and CEO Benjamin Todd Jealous joined local NAACP leaders at an open forum at noon Wednesday March 21 in Sanford, Florida, to hear local residents offer testimony on abuses and discrimination by the Sanford Police Department. The NAACP plans to submit this testimony to the Department of Justice.

The forum follows a Town Hall Meeting Tuesday March 20 at Allen Chapel A.M.E. Church, where hundreds of local residents rallied in support of the slain teen and his family. At the event, many residents expressed outrage and offered their own stories of discrimination at the hands of police.
"This is at least the third instance in the last several years where a black man has been assaulted or killed in Sanford and justice has not been delivered," stated Jealous last night.
Facebook: Justice for Trayvon Martin Rally  Twitter #TrayvonMartin