County Increases Biodiesel Use in Metro's Fleet of Buses 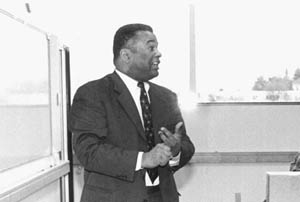 King County"s efforts to combat global warming and air pollution are also saving big money. Metro Transit has ratcheted up its use of biodiesel to the point that half of King County Metro"s fleet of buses is now being powered by the alternative fuel, which is now cheaper than standard diesel fuel.
"My executive orders for new measures to combat global warming included a directive for more aggressive use of biodiesel, and Metro Transit is delivering on that mandate," King County Executive Ron Sims said. "More than half of Metro"s buses traveling the streets and highways of King County are now burning a 20 percent mix of biodiesel along with ultra low-sulfur diesel " up from the 5 percent quantity of biodiesel being used just a few months ago.
"When combined with our hybrid buses, electric trolleys and the cleanest-burning regular diesel available, King County Metro is fast becoming the greenest transit agency in the nation."
Metro"s expanded use of biodiesel to 640 of its buses is delivering more than just clean air benefits. Given near-record diesel prices, the county this week is paying an average of 34 cents per gallon less for biodiesel " made from food crops " as compared to regular diesel fuel. That pencils out to about $12,000 less this week compared to the cost of regular diesel.
While the county isn"t expecting to achieve this level of savings on an ongoing basis given the volatility of petroleum markets, the price differential is providing some relief by giving Metro a much-needed hedge against high fuel costs.
While Metro has been using a 5-percent blend of biodiesel and ultra low-sulfur diesel for nearly two years, the agency dramatically increased its use of the alternative energy source in recent weeks. Today Metro buses, primarily serving Seattle, Bellevue and portions of south and east King County, are being powered by the higher concentrations of biodiesel. Of those, 79 are dual-powered hybrid buses. And Metro plans to continue to expand its use of the fuel as the supply of biodiesel grows and becomes more available.
"The use of biodiesel, generally manufactured from vegetable and seed crops, reduces our reliance on imported oil while stimulating the production of farm commodities. Use of the alternative fuel source also benefits the environment and economy," Sims said.
The link between greenhouse gas emissions and global warming is drawing increased concern from scientists locally and throughout the world. In the Puget Sound region, vehicle emissions are the leading cause of greenhouse gas. If actions are not taken to curtail these emissions, scientists warn this region will likely experience climate changes that will harm our health, environment and economy.