DETROIT—A federal judge ruled Thursday that the U.S. government's warrantless domestic eavesdropping program is not only legal, but unconstitutional, and ordered an immediate halt to it. 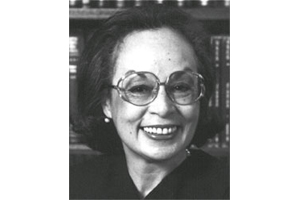 U.S. District Judge Anna Diggs Taylor in Detroit became the first judge to strike down the National Security Agency's program, which she says violates the rights to free speech and privacy as well as the separation of powers enshrined in the Constitution.
The Justice Department launched an appeal within hours of Taylor's decision.
"Plaintiffs have prevailed, and the public interest is clear, in this matter. It is the upholding of our Constitution," Taylor wrote in her 43-page opinion.
"The president of the United States, a creature of the same Constitution which gave us these amendments, has undisputedly violated the Fourth (Amendment) in failing to procure judicial orders as required by (the Foreign Intelligence Suveillance Act), and accordingly has violated the First Amendment rights of these plaintiffs as well."
The ruling has sweeping implications in terms of the powers that President Bush has assumed in waging the War or Terrorism.
Taylor was unequivocal in her statement that the spying program was beyond the scope of the president's power, and violated the constitutional principle of separation of powers.
"We must first note that the office of the chief executive has itself been created, with its powers, by the Constitution," she wrote. "There are no hereditary kings in America and no power not created by the Constitution. So all 'inherent power' must derive from that Constitution.
"It was never the intent of the Framers to give the president such unfettered control, particularly where his actions blatantly disregard the parameters clearly enumerated in the Bill of Rights. The three separate branches of government were developed as a check and balance for one another. It is within the court's duty to ensure that power is never condensed into a single branch of government."
In Camp David, Md., President George W. Bush said those who think that his warrantless surveillance program is unconstitutional "simply do not understand the nature of the world in which we live."
"This country of ours is at war," the president said Friday. "And we must give those whose responsibility it is to protect the United States the tools necessary to protect this country in a time of war."
"I strongly disagree with this decision. Strongly disagree," Bush said of the ruling.
"If al-Qaeda is calling in to the United States, we want to know why they're calling," Bush added.
The American Civil Liberties Union filed the lawsuit on behalf of journalists, scholars and lawyers who say the program has made it difficult for them to do their jobs. They believe many of their overseas contacts are likely targets of the program, which involves secretly listening to conversations between people in the United States and people in other countries.
The government argued that the program is well within the president's authority, but said proving that would require revealing state secrets.
The ACLU said the state-secrets argument was irrelevant because the Bush administration had already publicly revealed enough information about the program for Taylor to rule on the case.
"At its core today's ruling addresses the abuse of presidential power and reaffirms the system of checks and balances that's necessary to our democracy," ACLU executive director Anthony Romero said in a conference call with reporters.
He called the opinion "another nail in the coffin in the Bush administration's legal strategy in the war on terror."
The NSA had no immediate comment on the ruling.
Taylor dismissed a separate claim by the ACLU over data-mining of phone records by the NSA. She said not enough had been publicly revealed about that program to support the claim and further litigation could jeopardize state secrets.
The lawsuit alleged that the NSA "uses artificial intelligence aids to search for keywords and analyze patterns in millions of communications at any given time." Multiple lawsuits have been filed related to data-mining against phone companies, accusing them of improperly turning over records to the NSA.
However, the data-mining was only a small part of the Detroit suit, said Ann Beeson, the ACLU's associate legal director and the lead attorney on the case.
— The Associated Press