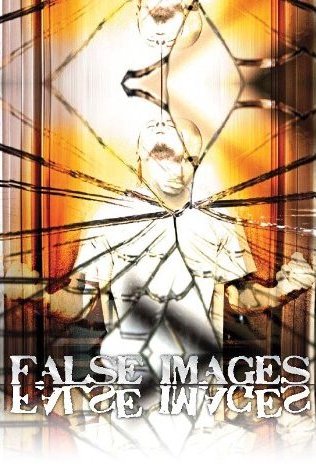 What brought you to undertake this book?

I think it was the universe's way of letting me heal. Because it wasn't like I sat down one day and determined I was going to write a book. It just happened. It began coming out of me. I was moved to go to my computer and I typed for days upon days. It just came out. Just a release.

The book is about my process of self discovery and of becoming aware. It's about how I agreed with wrong information and tried to use that information to gain some positive result in life – and of course it didn't work. I was born into a traditional religion, to traditional beliefs, at the way things had always been, but as a result of that I expected the things that I was taught – in terms of belief systems, in terms of dogma, in terms of religions to grant me answers to the questions of life, and it didn't work. So one day I sat down and I just asked the universe to give me truth – I need truth – and immediately my life just turned upside down. The bottom actually fell out of it. Immediately that next day I lost my job, I filed for bankruptcy, I was audited by the IRS for three years, I was sued for child support, I was evicted and I had my car repossessed. All in the same week. And I became homeless and I ended up seeking refuge in a church here in Northeast Portland. And all I could do was in the morning I'd go to the altar and I just lay there. I just cried and I asked 'why?'

Eventually I began to come to a different understanding, I began to see a new foundation had been laid in my life, and I just continued and continued in that path and little by little, my housing needs were provided for, my food was provided for. I began to go to a different place in terms of academia. I was at PCC at that time and I took the plunge and went to Marylhurst and I began to work on my undergraduate studies, and then my universe began to really open up.

With that new information it pushed my mind and pushed my critical thinking skills to the point where I could ask questions about what I believed and why I believed it. And with that this new foundation came to me in an awareness that – wait a minute, this experience of years of brokenness is actually a tool to be passed along to someone who may be experiencing those kinds of experiences that I had in my life, that brokenness, that despair, that addiction, that loneliness. Those people that are so completely ensconced in false images of who they are and that we're just imprisoned in our own minds by ourselves – by our own agreement. When I came to that realization it just was so obvious to me that this needs to be shared. It needs to be shared.

I had written a book five years ago, but no matter how I tried it wouldn't go anywhere – it was not the right time. I didn't fully understand what process I was involved in. And when all of that solidified underneath me, then the doors just opened – just opened. I was doing research for a paper in a writing class at Marylhurst, and I went to the reference librarian and instead of asking for information to support my thesis, I'm asking him for book publishers. And he printed out an article that was about Portland State University and this new press they had, Odin Ink. And I called, and I was there the next day, and immediately my book became a reality. And the results from the book that I've heard so far have been incredible. People are saying to me, "I was able to recall a hurt from my life and heal from it. I was able to call my mother and mend fences, I was able to call my father. And it caused so much brokenness in my life because he wasn't there, but I was able to reach out and I'm healed."

For more information on 'False Images,' go to www.amazon.com