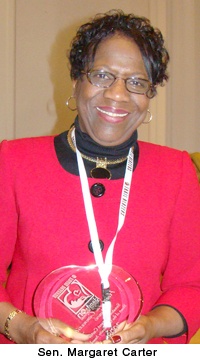 It could well signal a sea-change in Oregon's troubled foster care program for children.

Responding to dismal statistics – and heartbreaking personal stories of broken families – the Oregon Department of Human Services is launching a major initiative to reduce the number of children in foster care statewide.

Using an advertising campaign and a website of volunteer opportunities, DHS officials announced in December a "call to action" they hope will move the state out of its foster care "crisis."

"We know we can do better at safely keeping children at home or with a relative," the agency's website says. "We have relied too much on foster care as our primary option for protecting children."

Raise Me Up's new Facebook page includes links to media coverage, volunteer events and training opportunities around Oregon, all focusing on reducing the number of kids in foster care.

One recent posting is a commentary called, "Even the Best Foster Homes Can't Replace Family Support."

The initiative comes after the DHS moved to restructure its top leadership in 2009, bringing in former state Sen. Margaret Carter as a deputy director and Tina Edlund as deputy director of the Oregon Health Authority for planning and policy implementation.

Carter, in particular, was brought on to shake up the system.

"She will also help lead the important work we are doing to protect and enhance the safety and security of children, seniors and people with disabilities, and to directly address and correct the over-representation of Native American and African American children in our foster care system," Oregon DHS Director Bruce Goldberg wrote in a staff memo about the changes at the time.

The 2009 Casey Family Foundation's annual Status of Children report marked Oregon as the state that removed more children from their homes than any other.

The report that year found 27,485 investigations into alleged mistreatment or neglect, but only 10,421 were verified by state investigators to be abuse or neglect; 40 percent of these children taken into the foster system were adopted out of their homes.

Oregon statistics for years have shown that African American and Native American youth are disproportionately removed from their homes and placed into foster care, even though studies have shown their parents are no more abusive than white parents.

According to the DHS, Oregon's rate of out-of-home placement for children is about 10 percent per 1000 children, compared to the national rate, which is 6 percent.

The Raise Me Up campaign is aimed at piecing together a new network of nonprofit groups, government agencies and media united in the goal of promoting public involvement at many levels of the foster care system – and beyond.

"Oregon has set ambitious goals to safely reduce the number of children in foster care and to ensure that children in the child welfare system are safe, stable and healthy," says DHS spokesman Gene Evans.

The bureau's Raise Me Up announcement lists the same goals for 2012.
"Community engagement and strong community partnerships are essential components of this Raise Me Up campaign," said Iris Bell, interim transition director of the Oregon Commission on Children and Families, in a statement. "It takes all of us working together -- neighbor helping neighbor -- to ensure our children are being raised with compassion in the safe, nurturing environments they deserve."

Raise Me Up ads are build around statistics showing that children raise in foster care have a 25 percent chance of becoming homeless by age 18; have twice the rate of Post Traumatic Stress Disorder as Gulf War veterans; and "…could become like 270,000 prisoners who were once in foster care."

For more information go to www.raisemeup.oregon.gov