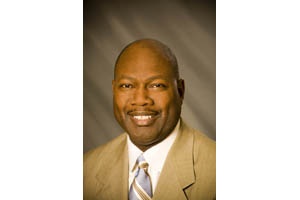 DETROIT—Linnes Finney Jr., a partner in the national law firm of Gary, Williams, Parenti, Finney, Lewis, McManus, Watson & Sperando, P.L., was sworn in as the 64th president of the National Bar Association earlier this month.
Finney, an experienced litigator and dedicated civic activist, assumed the helm of the association during the group's 81st Annual Convention, held Aug. 5 through 12 in Detroit.
The National Bar Association is the oldest and largest national association of predominantly African American lawyers and judges with over 22,000 members worldwide. It has 87 affiliate chapters throughout the United States, Canada, the United Kingdom, Africa, and the Caribbean.
The theme for Finney's administration is "Carrying the Torch — Leading by Example." Finney said he plans to continue many of the association's national projects, such as the Hurricane Task Force and the Election Protection Program, started by his predecessors.
"I'm deeply honored to have this opportunity to serve in a position once occupied by many dedicated and renowned leaders over many generations," Finney said. "The National Bar is a great organization that has the potential to achieve even greater things as a result of its enormous pool of talent nurtured and cultivated by my predecessors.
"As in its beginnings, the National Bar Association will continue to carry the torch," Finney said. "We will always fight the forces that attempt to deny equal rights and we will work to protect the rule of law and judicial independence."
Finney specializes in personal injury, medical malpractice and general civil litigation. He joined the firm right out of the University of Florida Law School in 1982 and currently works out of its Stuart office. He is a member of the Florida Bar Association and St. Lucie County Bar Association. He is past chair of the Florida Supreme Court Judicial Nominating Committee and the Florida Judicial Nominations and Procedures Committee.
He has dedicated much of his life to public service. He is a life member of the National Association for the Advancement of Colored People and Kappa Alpha Psi Fraternity Inc. He is a member of the executive board of the United Way of St. Lucie County and the Florida Head Start Association. In 1993, Finney was honored as the Florida Head Start Association's Humanitarian of the Year. He was awarded the Florida Bar's Pro Bono Award in 1992 for providing free legal assistance, and the Robert Bryant Award from the Agricultural and Labor Program Inc. in 1991.
Finney grew up in Milledgeville, Ga., and graduated from Georgia Southern University in 1979. While attending the University of Florida School of Law he received the Student Leadership Award in 1982.
He and his wife, Sonya, live in Port St. Lucie, Fla., with their two children, Chase and Clayton.