What Time Is It, PDC?

The Portland Development Commission (PDC) is one of the most effective organizations in government.  Their mission is to invest local dollars to leverage even greater private development in projects in specific urban renewal districts that wouldn't otherwise happen.  PDC, private developers, and contractors have such a stellar track-record among professionals in economic development that people all over the world talk about Portland as the model in housing and commercial re-development.

For an organization so effective, it's amazing to me there are continued calls for its abolishment or it's becoming a department of the city government.  I'm thankful cooler heads prevailed and reminded us, again, that the framers of PDC's "constitution" knew exactly what they were doing nearly 50 years ago and they do it well!

It's come to light that a number of African-American employees have departed recently or have been asked to leave. While concerns about this have been expressed by members of the African-American community, it should also be a concern to entire Portland community, particularly if injustices have occurred.  The late Dr. Martin Luther King, Jr. said "…that injustice anywhere is a threat to justice everywhere."

For too long matters like this are met with a lot of talk, but no action.  It is imperative PDC responds, not with platitudes, apologies, nor good intentions for the future, but with "authentic" investigation and direct action.  It is my hope that all people understand the need to learn what the true problems are and what actions can be taken, immediately and long-term, to rectify this very sad situation.

So what should be done?  Headlines are not what we need, but real understanding of what the issues are and direct action taken to assure a great working environment for all employees.  I think it's time for the following:

·        Ask a few leading and respected members of the Community to serve as Co-Chairs of a 40-day assessment of what's going on at PDC and what recommendations they would offer for charting an effective and accountable course.  I would choose at least five members from a list of the following:  Charles Jordan, Noell Webb, John Russell, Bob Walsh, Arlene Schnitzer, Vicki Nakashima, Clara Padilla-Andrews, Dick Withycombe, Kathleen Sadaat, Tony Hopson, Gail Shibley, Joan Brown-Cline, Jeff Moreland, Victor Vasquez, and/or Mike Lindberg.

·        I would ask that while it's tempting to drum up the rhetoric right now about PDC let this group do their work, let PDC professionals do theirs, and give the development community the chance to keep faith in PDC so they don't mothball plans for development that may not need PDC's investment.

·        When this group completes its work my hope is the Commission, made up of very capable people who care a lot about their community, will work with the Executive Director and his staff, and the City Administration to implement policies, procedures, practices, and norms that not only attract people of color, but retain them.

Finally, it never seems to dawn on us, who is really hurt the most when PDC gets unnecessary and negative headlines.  PDC seems a convenient whipping post when needed, but I want to remind us the organization is made up of real people who leave their homes and go to work everyday.  They have children and families and friends who often ask them, based on what they see in the media, "….why do you work in an organization that is so contentious….?"   My hope and my prayer is that we can resolve the current "PDC crisis" without causing too many more headlines because I worry about the impact on these very dedicated and wonderful people who really are the "heroes and sheroes" that help make Portland great.

So it's time for direct action.  It's time for objectivity.  It's time for solid performance.  It's time for a win/win/win solution which means we all win:  all races, all backgrounds, all creeds, all communities…...  That's the kind of Portland we've all become so proud of and we have such a great reputation for—not tearing each other down and pitting ourselves against one another, but working together and solving our problems together.  Let's do it again. 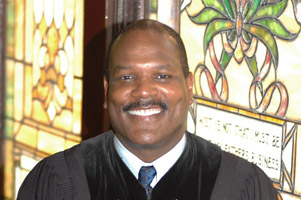