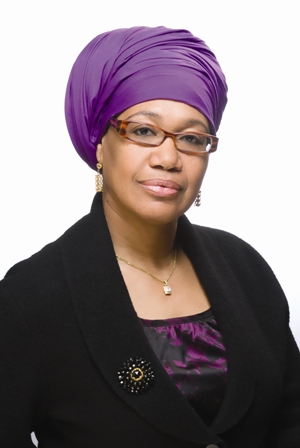 Black mothers in Oregon often give birth alone, are afraid during their hospital stay, and rarely take birthing classes or breastfeed their babies.

That's according to the preliminary results of a groundbreaking survey of African American women on their birth outcomes, conducted by the International Center for Traditional Childbearing, with number-crunching assistance from Portland State University.

"These are issues that need to be exposed, explored and understood by the healthcare, public services and nonprofit sectors so that we can collectively work towards equity in the provision of healthcare services for pregnant and parenting Black women," said ICTC founder and Director Shafia Monroe.

The Center, based in North Portland, offers trainings and conventions around the United States focusing on increasing the number of midwives of color as well as doulas – helpers who assist new mothers with pregnancy, breastfeeding and family care, among other things.

The first-of-its-kind survey of 245 Black women was launched last year to dig into the reasons why African American babies are disproportionately underweight, and why they suffer the highest infant mortality in the area -- 8.6 percent, compared to 4.9 percent for Whites and Hispanics, and 7.3 percent for people of color overall, according to the Multnomah County Health Disparities Project.

The Infant mortality rate measures the number of baby deaths in the first year of life, per 1,000 live births.

The ICTC has been working toward the survey for several years, as part of the group's campaign to get the Oregon Health Authority to investigate how doulas can improve birth outcomes for women of color. Sponsored by Rep. Tina Kotek, legislation mandating further research on the topic was passed into law this year.

"While these findings are preliminary and we need to complete more research on these issues, the survey in many ways verifies what we see and hear from Black women in Oregon's communities," Monroe said. "Many are in the public health care system, they don't have access to or support to take birthing classes or maintain breastfeeding, they often give birth alone with no support besides hospital staff, and some expressed fear during their time in the hospital based on their treatment."

Monroe cited the recent "Communities of Color in Multnomah County: An Unsettling Profile, 2010" report, which showed 11.4 percent of African American babies countywide have low birth weight (5.9 percent for White babies, 5.6 percent for Hispanics, and 8.1 percent for people of color overall).

"We have seen birth outcomes for both the mother and baby improve when Black women have access to affordable doula services," she said. "This is the type of community-based, direct healthcare service that can lead to big changes and ultimately equity in how Black women are treated throughout the birth process."

- Nearly two-thirds of women did not attend birth education classes prior to delivery;

- Nearly one-third of women were concerned about their treatment during the birth of their baby;

- The majority of women surveyed have government-paid health insurance coverage;

- Over half of the women surveyed were single;

- Only 25 percent of Black women were still breastfeeding their babies at six months, compared to over 60 percent for Oregon moms overall (the national average is 40 percent).

"Because our work at ICTC relates to training women to be professional doulas and support women before, during and after birth, we need to have a deeper understanding of what's working now in the healthcare and social services sectors and where the breakdowns in services, communications and outreach are occurring for Black women," Monroe said. "A greater level of cultural competency is needed in order to ensure that basic trust and communication issues are not barriers to appropriate healthcare for Black women and infants."

The Center holds national conventions for its growing community of midwives and doulas, with the next scheduled in Miami, Fla., in October, 2012. Although the organization's goal is to improve Black birth outcomes, students of all races are welcomed to its trainings.

Monroe has also led delegations of ICTC midwives and students to the African continent for intensive sessions with village-based midwives.

For more information on ICTC go to their website, http://www.ictcmidwives.org/ .