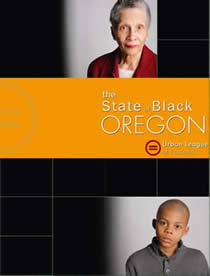 The Urban League of Portland is rolling out a new jobs initiative to target multigenerational unemployment in the Black community.

"Unemployment has had a devastating effect on Portland," says director of Advocacy and Public Policy Midge Purcell Purcell. "According to recent poverty figures, Portland is number four in the country in poverty levels for Black children."

The Urban League will be holding its Urban Jobs Initiative Community Forum at Humboldt Gardens from 6-7:30 p.m. on Nov. 30. It encourages job seekers, people and families coping with unemployment and underemployment, employers and community members to attend.

An Urban League issue brief on inequalities in employment shows that there is a large disparity, both nationally and locally, in how the economy has affected Black and white populations.

According to the report, white unemployment decreased from 8.8 to 8.5 percent on a national level in the third quarter of 2010. In the same period, Black unemployment increased from 15.4 to 16.3 percent.

Statistics show the impact of joblessness is most visible for youth and children.

In fact, US Census Bureau figures say that one in two Black children in Oregon live in poverty.

"Black people are two percent of Oregon's population but make up seven percent of those on child welfare," says Purcell.

2010 US Department of Labor statistics show that unemployment amongst Black youth is at 33.4 percent, which is twice as high as white youth unemployment and over 11 percent higher than the next highest group, Latino youth.

"When the economy is bad for everyone it takes attention away from our community," says Purcell. "(Black) unemployment has been at 15 percent or more since 1970."

She says a number of factors, such as housing stability, gentrification and policy decisions cause long term unemployment.

Purcell also says there has been a general disinvestment in the Black community.

She says the city can do a better job of focusing where it invests its money. According to her and the Urban League, the initiatives of attracting more companies to Oregon and hiring a local and diverse workforce don't have to be mutually exclusive.

The Urban League has worked with the National Association of Minority Contractors of Oregon (NAMCO) to advocate for fairer access to contracting and public procurement.

Purcell says this has made the Urban League a partner in making local companies more socially responsible.

"These companies should reach into communities that are more than prepared to meet the needs of an emerging job market," she says.

The National Urban League has a 12 Point Jobs Plan that includes funding to restore the Summer Youth Jobs Program as a stand-alone that will employ five million teens.

Purcell says the American Jobs Act, President Obama's jobs bill, which has been stifled in Congress, contains a number of important elements that coincide with the National Urban League's goals.

The American Jobs Act includes a $50 billion immediate investment in infrastructure, an expansion of unemployment insurance and specific job training to help the long term unemployed, a $5 billion investment in youth and young adult employment and a tax cut for American workers.

In addition to these measures, the act also contains specific language to prevent discrimination against the unemployed in the hiring process.

Purcell says the Urban League is working to make the community aware of the importance of these policies and how they can be implemented at the state and city level.

She says it's also important to make policymakers aware of the impact of long term unemployment on the Black community.

"We want to make sure Black unemployment doesn't fall off the radar," says Purcell. "When the Oregon unemployment rate is 9.5 percent for the general population and 18 percent in our community, it calls for a targeted approach."