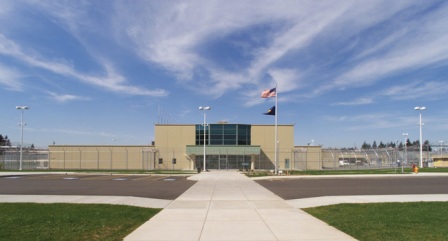 Do you know a teenager who has been processed for incarceration through the adult Coffee Creek Correctional Facility?

The nonprofit Partnership for Safety and Justice wants to know how juveniles are being treated there, as part of a research project to bolster new legislation keeping youths out of adult jails.

Youth advocates cite research showing that teens incarcerated in adult jails are at increased risk for physical and sexual assault, and when held in isolation can face an increased risk of suicide and attempted suicide.

"The consequences of juveniles in adult prisons are very serious and that's why we at Partnership for Safety and Justice are working to address that issue," says the group's associate director Shannon White.

The Partnership is a nonprofit group working on prison reform issues in Oregon. It is supported by members who have direct experience in the criminal justice system, particularly families of incarcerated and formerly-jailed offenders.

During the last legislative session the Partnership helped pass HB 2707, which helps to keep youth who are charged as adults out of jail, pretrial.

"Research shows kids who have contact with the adult criminal justice system are much less likely to be successful when they get out than youth who are kept in the juvenile justice system," White says.

While Coffee Creek Correctional Facility is considered to be the state's women's prison, it also serves as the processing center for newly-convicted male offenders.

Youth who are charged and convicted as adults often -- even if they're going to serve their sentence in an Oregon youth authority facility -- can end up doing an intake process at Coffee Creek.

"During the campaign for HB 2707 we heard from a number of family members and youth who went to Coffee Creek, that it can be an awful experience that usually lasts a week, but sometimes longer," said White.

"Kids are usually kept in isolation for 23 hours a day, and during the time when they are not kept in their cell -- which can be a horrifying experience in and of itself -- they're out and exposed to the adult prison population, which is just not a safe place for kids to be," she said.

White says the Partnership is looking for community testimony about the conditions for juveniles at Coffee Creek, whether directly from the youth, from the parents or other family members.

"So we're gathering stories now from people who have either themselves been through Coffee Creek as a 16 or 17 year old, or maybe it was a family member a son or a daughter, or a family member or friend who went to Coffee Creek to learn more about what that experience was like.

"We're right now in the research phase of this work and one of the things we want to do is hear from our members and others about what their experiences are at Coffee Creek," White said.

For more on the Partnership go to their website, http://www.safetyandjustice.org/

Some key facts about youth in adult prisons:

Courtesy of the Partnership for Safety and Justice