By Helen Silvis of The Skanner News
Published: 22 November 2011

About 20 million U.S. adults, more than one in 10 of us, regularly use illegal drugs. And for years, the War on Drugs has sent millions of drug users, growers and sellers to prison, branded as felons. The toll on communities of color has been steep, with African Americans and Hispanics incarcerated for drug offenses at a rate 50 percent higher than for Whites.

Drug Czar Gil Kerlikowske says the administration's new drug policies will usher in a more enlightened public health approach, based on science and what we know works. So what's different?

"This new way of thinking is focused on breaking the cycle of drug abuse, crime and incarceration," Kerlikowske told reporters Monday.

"Recognizing that addiction is a disease and not a moral failure or a failure to find God, that people can and do recover by the tens of thousands, and they can be off our tax dollars and back with their families."


The National Drug Control Strategy for 2011 calls for widespread changes in the justice system, child welfare and addictions treatment. But don't expect any changes in the legal status of drugs.

"The president is very clear that he opposes legalization and he opposes decriminalization," Kerlikowske said. "But he has clearly instructed us to use a science-based approach."

The highest rate of illicit drug use is among 18 to 22 –year-olds with more than one in five using some substance. The most commonly used illegal substance is marijuana, with 17.4 million users, followed by prescription drugs with 7 million non-prescribed users. Almost 52 percent of U.S. adults, 131 million people, drink alcohol. 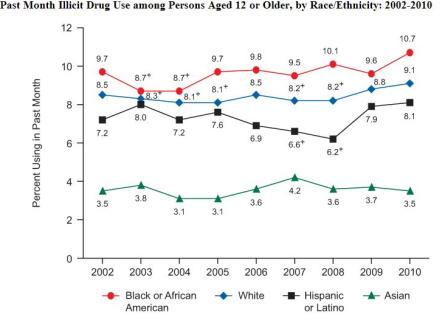 The high numbers of people who use some kind of drug recreationally translates into considerable opposition to drug control. That's reflected in the music we listen to, the comedians we laugh at, and the movies we watch. Even President Obama has admitted to smoking pot and snorting a few lines of coke in high school. And President George W. Bush got a DUI, admitted to a drinking problem, and has been accused of covering up an alleged 1972 cocaine possession arrest. He denied it. 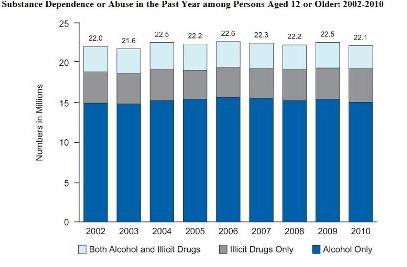 Redonna K. Chandler MD, a top researcher at the National Institute of Drug Abuse (NIDA), said only 7.6 percent of the 5 million adults who need treatment for substance abuse receive that help. In prison, large percentages of inmates need treatment but only 21 percent get any services.

"We see that as a missed opportunity," she said. "Treatment is necessary to try to alleviate the connection between drug abuse and crime. We know that lengthy terms of incarceration and boot camp without treatment, have not been effective, because they don't get at the underlying root causes of addiction disorders. We also know that lengthy periods of incarceration where people are forced to abstain from drugs is no substitute for treatment." 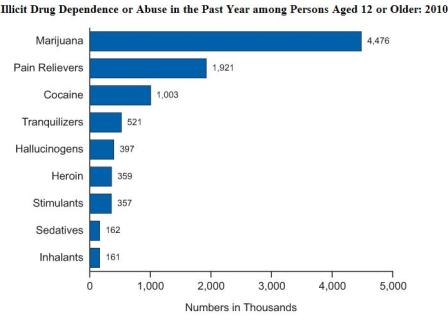 When prisoners do receive treatment, it needs to be followed up with treatment in the community after release, Chandler said. One program in Delaware showed 70 percent of former prisoners who received comprehensive treatment services remained arrest free, compared to 30 percent of those who had no treatment.

Mandatory minimum laws passed in many states have made reducing those numbers difficult, he said, even though prevention and treatment have proved to be cheaper and more effective.

"Particularly with addiction, putting someone away for a longer period has no benefits."


Recent changes in law and policy will help reduce the disproportionate impact on African American and Latino communities, the former Seattle police chief promised, pointing to last year's Fair Sentencing Act, which removed some of the extra penalties for crack users. Crack users used to be subject to sentences 100 times more severe than powder cocaine users. Now, that sentencing differential has been reduced to 18 -1.

Another key part of the new strategy is to push for states to fund more drug courts. Drug courts are far cheaper than incarceration, and have demonstrated success. The evidence shows that treatment works no matter whether it is chosen or court ordered.

Kerlikowske also highlighted the Second Chance Act, saying it will improve success rates for felons returning to the community. The law supports funding for re-entry programs such as: substance abuse treatment; family programs, mentoring and employment programs. As a result, the Department of Justice last year awarded $183 million in grants for 296 state and local re-entry programs. Felons face too many barriers and too much stigma, Kerliwkoske said. 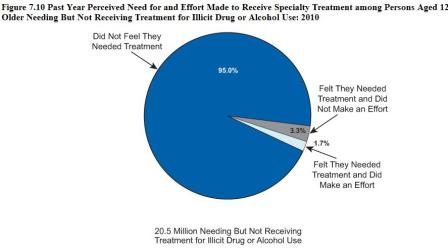 "These are things we have got to break down because if we don't make it easier for people to re-enter then they will end up back in the corrections system."


Attorney General Eric Holder recently wrote to attorneys general across the country asking them to review state laws for barriers to re-entry. And Housing and Urban Development Sec. Sean Donovan wrote to local housing authorities to clarify the rules on housing felons.

Contrary to widespread myth, many felons could be offered public housing. Confusion over the law has led some housing authorities to deny all felons. In fact, only registered sex offenders and felons convicted of manufacturing methamphetamines are barred by law from public housing.

The goals of Kerlikowske's five-year plan include, reducing youth substance use and drug deaths by 15 percent, and reducing drugged driving by 10 percent. Tools to achieve these goals include early intervention programs run by healthcare workers, diversion programs for non-violent drug offenders, and expanded access to treatment.

The National Drug Control Strategy for 2011 says, for example, that families should be kept together during treatment.

"By admitting to a substance abuse problem, involvement with the criminal justice system and the loss of custody of children may occur," the strategy notes.. "This must change; women should not feel torn between seeking treatment and caring for their families."

The strategy puts the focus on four target groups, which are disproportionately affected by substance abuse: "active duty military and Veterans; women and their families; college and university students; and those in the criminal justice system.

"There are no simple solutions to the drug problem in America," the strategy's authors write. "Everyone must work to keep young people healthy and drug-free, intervene before drug use becomes chronic, get help to those who suffer from addiction, support families and individuals on the path to sustained recovery, use law enforcement tools when appropriate, and bolster the efforts of our partners abroad."
The Skanner News Video: America's Conflicted Relationship with Drugs
The National Survey on Drug Use and Health offers a wealth of statistics
Monitoring the Future is a report on drug use among young people