Back and Neck Pain: Don't Let It Make Your Life Miserable 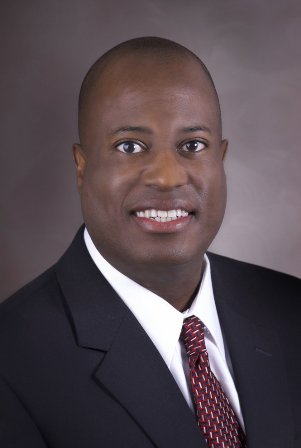 Brain surgeon Dr. Warren Roberts recently spoke to community members about why they should seek out specialized help for back and neck pain – instead of suffering with it, sometimes for years, to avoid going to a doctor. He says many of his patients regret not seeking attention sooner rather than letting it make their lives miserable. On the staff of The Aspen Spine and Neurosurgery Center affiliated with Legacy Meridian Park Medical Center, Dr. Ward spoke with The Skanner News about what causes neck and back pain, what can fix it, and why so many people don't.

The Skanner News: Talk about your recent public event on neck pain -- why do people put up with it for so long?

Dr. Warren Roberts: The topic was neck pain evaluation and management. This was a talk focused on the community, and to go over the many causes of neck pain as well as the appropriate evaluation and treatment options for people with neck pain. The underlying message is to avoid patients developing permanent, chronic pain as a result of either failure to diagnose in a timely fashion or being diagnosed inappropriately. And so the goal of the talk was basically to empower patients, give them information so that they could make smart decisions about their healthcare and letting them know that, yes sometimes it can be difficult to get in to see a specialist such as a neurosurgeon but there are some that are readily available. I count myself among them.

TSN: What would you say in your experience is the most common source of neck pain that you treat?

Roberts: I would say the majority of people that we see in clinic typically fall into one of two categories: either they've got a past history of being involved in a car accident or having a similar kind of other whiplash-involved injury. And what will happen in they will have the injury, and they won't have significant pain or they won't have any numbness or weakness, and so in a lot of cases they don't get evaluated and then a year or two years later they develop a recurrence of the symptoms – a worsening pain, and then at that point, they go in to see their primary care or physical therapist, and then you get referred over. That's one category.

And so those are the two broad categories we see with neck pain.

Also, too, headache can be associated with neck pain, so we'll also see people who have been diagnosed with either migraine headache or chronic headache, and that also turns out to be coming from their neck. And so again, most people need to be diagnosed appropriately.

TSN: So I get that there are a lot of people out there who think that it's no big deal, even if it goes on for a long time.

Roberts: Precisely. And what'll happen, people will come to accept daily pain. And that's one of the other messages that I was trying to deliver to the community, is that it is not normal to have pain and headache on a regular basis. That is something that people get accustomed to, they accept it, and unfortunately it doesn't go away. I would say over 50 percent of the people I see tend to have had the symptoms for years. It's unfortunate because that's a period of time when perhaps they would have been able to live free of pain and not have to deal with some of those issues.

It's really amazing when you see someone who's had pain for years and years and years, and you diagnose them and treat them, and the pain goes away. The look on their face is unmistakable. They think, wow, I just wasted – not wasted, but I just spent the last four years dealing with this problem, now it's all gone, and  it would have been great to have had this treated at the beginning.

Roberts: Correct, and I think that is definitely true. That is actually something that specialists such as myself need to work on in terms of community engagement and letting people know that just because you see a surgeon that doesn't mean you're going to have surgery. And I think that is where we have to do a better job of making ourselves available and educating patients.

TSN: The other obvious question is why would a brain surgeon have anything to do with neck or spinal pain? What is your work there?

Roberts: That is a common misperception about neurosurgeons. Neurosurgeons, while we do work on the brain, we work on the entire spine. So sometimes people mistake that and feel that if they have a spinal problem they should just get an orthopedic specialist, but neurosurgeons do, and are very comfortable with, treating problems of the spine. So that is a very common misperception, and again, that's incumbent on a specialty to really educate the community and let people know that if you have a spine problem, we'll treat that, and if you have a cranium problem, we'll treat that as well.

TSN: What's the first step people should take if they want to find out about the medical options available for them?

Roberts: I think really the first step that people sometimes take is they contact their primary care. I think that is definitely a wise choice, but if for some reason they are not experiencing relief, or they are not diagnosed, then in some cases it's good for patients to seek their answers, and I think that an appointment with a neurosurgeon, like I said, is not the easiest thing to do, but there are some neurosurgeons who will see patients without a referral from a primary care. So this clinic here is one of those, we will see patients if they call us directly. And I think if patients have a particular combination of symptoms – neck pain, headaches and numbness/weakness – it's incumbent on the patient to be diagnosed, because that can indicate a nerve that's being pinched, a disc herniation, stenosis, and I think that if they have on the other hand a flare-up of pain that only lasts a day or two and then completely resolves, then it's less concerning. Typically it becomes an issue when people are reporting daily pain or numbness or weakness that's not getting better. In that scenario it's critical that patients are diagnosed and typically the way that we do that in our clinic are with x-rays and an MRI.