Domestic Violence: Men Can Be Victims Too

By Helen Silvis of The Skanner News
Published: 03 November 2011 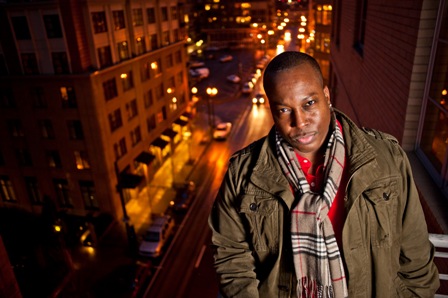 Lemont Boyd looks like somebody you wouldn't want to mess with. Better known to his fans as L Pro, the Portland-based rapper is big and strong, well able to defend himself. But L Pro's ability to feel compassion for the weak and wounded, and his commitment to protecting the women and children in his life, had him excusing bad behavior.

It nearly cost him his life.

This was years ago, and L Pro says he's way healthier now. He's rapping again and engaged to a new woman, a graduate psychology student he says is "very very sweet." Life is full of promise now.

Yet L Pro will never forget the day when the woman he loved threw a knife at his face. The blade sliced into his face opening a diagonal wound from his mouth up toward his cheek. It left him with a visible scar he will always carry, and with invisible mental trauma that he has worked to heal.

Even after the attack, L Pro did not see himself as a victim.

"She was arrested and went to jail while I was at the hospital," he says. "I was still making excuses for her stabbing me the way she did. 'It was something in her childhood. She's depressed. She has mental health issues...'  I did not want to see her go to prison. I wanted her to get mental health treatment.

"I wanted to see good in this person. And I wanted to put my family back together."

L Pro agreed to talk about the attack because he wants to dispel the myths that say only women can be victims of domestic violence. Men don't report violence against them, he says. It's something men don't talk about, or even recognize because it doesn't match our ideas about masculinity.

The National Crime Victimization study has found that 15 percent of intimate partner assaults are perpetrated against men. And a 2006 study of health risks for the Centers for Disease Control found that along with 2 million women, 600,000 men are injured by an intimate partner each year.

Bigger and stronger than his wife, L Pro knew he could easily have hurt her. But all his instincts were focused on protecting her -- not himself.

"My father, my coaches all were strong males with strong sense of responsibility" he said. "I've never been around men who have abused women in any shape or form. They valued women and I learned that as a man you have to exercise restraint." "So I would never, ever put my hands on a woman. I would not do that.

"I knew I was bigger than her and I could harm her, but I had made a conscious decision not to hurt her.  Many men out there make that same decision. And sometimes it is the women who are harming them. It's unfortunate but it is true."

Looking back, he says, he should have seen the signs. From early in the marriage, his partner displayed controlling and out of control behavior.

"After our honeymoon there was an incident when she got into a physical fight with a family member. That was a sign, but I just dismissed it."

His partner would erupt into anger without warning. And the anger would escalate if her demands were not met. Most of the time, L Pro says he did whatever she said she needed, because he believed that was how a good husband and father should act. In fact, he saw his wife as emotionally frail.

'As a guy you never feel that person is capable of hurting you."

And as is the case with many women victims, L Pro wanted to put his family back together. He was strongly attached to his partner's child, a child he had been raising as his own.

But after the attack, a counselor told him, "If you go back to this situation, she could seriously hurt you or even kill you."