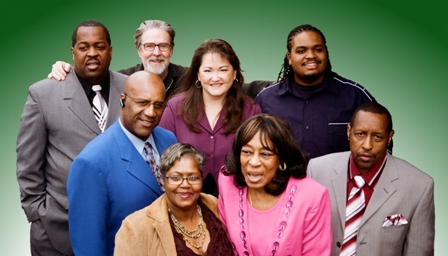 While violent crime is trending downwards, reentry officials say the number of incarcerated women is on an upswing – and so is the number of women making their way back to their communities after serving time.

But there aren't enough places for them to live while they're transitioning back to life on the outside.

That's why the Highland Christian Center in Northeast Portland hopes to open a new reentry-based housing center just for women.

"Women who are mothers need a stable place so they can re-establish relationships with their children," says Larry Johnson, director of Highland Access Re-entry and Recovery Program.

"At one time I lived on the streets and I know how hard it is to get housing for women, when you're ready to change – and especially women with children, it's almost impossible," Louise Wedge, mentor coordinator for HARRP, says. "You want to start over; it's really hard if you have nowhere to live."

Their goal is to raise $150,000 by this time next year for an eight-bed center offering a six-month residential program built around "clean and sober living, strict rules, 24-hour supervision, a vegetable garden, counseling and mentoring."

"We'll have twelve-step meetings, Highland's Counseling Center and church all within a few steps of the residence," Johnson said. "HARRP will be an asset to the community and a place of peace for women who have a desire to change."

HARRP, a subsidiary of Highland Haven, is a non-profit organization offering peer mentoring and counseling to men and women coming out of prison. Working with a network of public and private organizations, HARRP mentors have served over thirty formerly incarcerated people since July 2010.

Johnson, who is also a deacon at the Highland Christian Center, said a housing shortage for women in re-entry was worsened in the Portland area when the YWCA closed a residential shelter.

"That was one of the main places for women when they came out and required some kind of housing," he said.

"When a mother's put into prison, who is suffering most? The kids, obviously," Johnson says. "They're being put into foster homes, they're being put with an aunt or a grandmother, and they need to be reunited with their moms.

"So our goal is to provide a safe haven for women as they complete whatever programming is required by the state so that they can eventually be reunited with their families."

Johnson says he and members of the congregation opened HARRP's doors last year to meet the growing needs of their members in re-entry.

He estimates around 400 men and women are released from prison every month in Oregon, and most of those people are unprepared for life on the outside.

"Consequently a lot of them wind up back in prison, and I said, here's something that we can do at Highland.

"A lot of people in our church who are formerly incarcerated, in recovery, have had rough lives and could make great mentors to these people coming out of prison," Johnson says.

Since last July, he says, HARRP has helped dozens of clients alongside Mercy Corps Northwest's Reentry Transition Center, Home for Good in Oregon (a department of corrections transitional program), and other state programs.

Wedge says the HARRP women's housing project is her "baby," and that she's working hard on its organizational plan.

"What I'm doing right now is trying to build a plan for the rules and the regulations and to do whatever best benefits clients there to make it comfortable for them, to make it a place where they can do the necessary things that they can do to get their children back, and get their lives back, like they can feel comfortable going to school from there, going to work from there, or whatever else they need to do to change their life," she says.

"We're trying to make it structured – not just a place for them to come and sleep. Every day I want them to do something, I want them to get up and start looking for jobs, doing whatever Children's Services requires of them.

"They won't just be sitting on their laurels; they'll be doing something to benefit themselves."

Wedge says there is a need not just for financial contributions but for services and supplies.

"First of all we need prayer, second of all we need money to get our house in order, and we're going to need all kinds of resources for food for these women, clothing for these women. They're not going to have money for bus fare – all kinds of stuff, the necessary cell phones so they'll have a better chance at getting a callback for a job. We'll have phones there but they'll need their own too."

Wedge made a special call-out for anyone able to provide medical and dentistry services to the project.

At the fundraising luncheon, Judge Nelson speaks on the role of faith-based organizations in the reentry field. Roy Jay of the African American Chamber of Commerce serves as master of ceremonies.

The luncheon will also offer a silent auction of artwork by an inmate of Columbia River Correctional Institution through a special arrangement with the Oregon Department of Corrections.