Update: Mike Green: How We Grow Wealth and Jobs in Black America

By Helen Silvis of The Skanner News
Published: 25 October 2011

Fasten your seat belts. It's time to power up and blast off into the innovation economy. Set your course for a 21st Century where Black Americans have the power to create wealth and jobs.
That's the message from Mike Green, co-founder of The America 21 Project and the Black Innovation and Competitiveness Initiative. Green will be the keynote speaker at The Skanner Foundation's 2012 Dr. Martin Luther King Jr. Breakfast.

"All of the net new jobs in America have been created by companies that are 5 years old or younger: essentially they are startups," Green says. "They are fueled by angel investors and venture capital, but Black folks are not in any part of that equation. That's a problem because it means we have no wealth creation and no job growth." 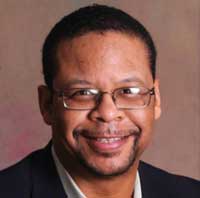 As a journalist and later as a blogger for the Huffington Post, Green learned a lot about how the technology sector works -- and doesn't work for African Americans. When he left journalism to start his own educational technology business, he soon realized he was one of the few Black entrepreneurs in the technology sector.
"I saw very few people who looked like me," he said.
Green wrote a four-part series on the Innovation Crisis in Black America, and found two like-minded allies: economic development guru Johnathan Holifield and biotech engineer Chad Womack. The three realized that what was missing was that  crucial nexus of investment and tech startups.
"We saw this disconnect. So what are we going to do about it?" Green says. "And nobody was doing anything, so we felt if we don't do something then nobody will."
They formed The America 21 Project to bring wealth and job creation into African American communities, using the same angel and venture capital investment model that has been successful in Silicon Valley.
"We're not trying to reinvent the wheel; we're trying to say, 'Hello! This community wants to be a part of this.' We are focusing on the solution to job growth and wealth creation in urban sectors…our first goal is to create a $10 million investment fund that will target urban innovation."

A Civil Rights Movement for the Economy?
The civil rights movement fought momentous legal and constitutional battles to secure equal rights for all under the law. But, with large numbers of African Americans stuck in unemployment and poverty, the economic battle remains to be won.
That's why creating a culture that supports technology investment and growth, will take more than education, Green says. Black Americans specifically, are disconnected from the structures that create wealth in America.
Of the 1.9 million Black businesses, 1.8 million are sole proprietors and unlikely to deliver the rapid job growth  that will change the state of play.
A dedicated fund and a network of African American venture capitalists and 'angels' could do more to support Black innovators, he says.
"High-growth entrepreneurship is where job growth occurs," Green says. "Black America has innovators; they are out there beating the bushes for capital."
The America 21 Project isn't about adding debt, he stressed. It's not about loans from banks or the Small Business Administration. Venture capitalists and angels take risks on startup businesses in exchange for a share of the profits.
Government can create a few jobs, but it can't do the work of private investors who finance in new ideas and technologies. And that's where the real growth is. Green says.
The Nielsen report on African American consumer spending found that Black Americans have nearly a trillion in spending power, Green notes.
"The question is why are we are we not investing some of that trillion in our own innovators, in our own high-growth sector."


Bring on the Angels
The next big step for the 'The America 21 Project' is a two-day forum planned for Nov 15 and 16 at Rutgers University. Organized in partnership with the university's Center for Urban Entrepreneurship & Economic Development, in Newark, NJ, the forum seeks to bring together high-net worth (that's rich folks to you and me) people, to discover what it means to become a venture capitalist or angel, and to hear success stories.
"We're issuing a call to action," said Green. "We're calling on high net worth individuals – Black, Brown or anybody interested in urban innovation. We want them to be at Rutgers November 15th and 16th.
"We need Black folks to step up to the plate and say 'I can write a check for $500 or $1000. We know if we have a trillion in spending power that we can afford to focus on Urban Enterprise and job growth."
Everyone, in fact, can do something to support wealth creation and job growth in minority communities, Green said. Students can aspire to becoming technology innovators and inventors. All of us can encourage youth to study and excel in the STEM subjects: Science, Technology, Engineering and Math, even though they may not seem glamorous. Graduates who have those skills are in demand and make good money.
"We have hills to climb in ensuring our children have support to have a STEM education," he says.
If Green can raise $10,000 in the next 5-7 days, Oregonians in Portland and Salem may get a sneak preview of a CNN film on the issue and see Green's presentation. He's working with Willamette University, the Urban League and the Urban Entrepreneurs Network to host simultaneous events, Nov 4, in Salem and Portland.