UPDATE: The House of Representatives Thursday released its version of the budget bill with  restored funding for youth violence prevention. The final decision will come through the reconciliation process which will have to be approved by both houses before it is final.

Should we prevent teens from picking up guns and knives? Or should we simply jail them after they hurt somebody? The Senate committee in charge of the U.S. budget seems to have chosen prison over prevention.

"It is crucially important that we provide young people with the resources and opportunities they need to avoid violence instead of waiting for them to commit violence and the only solution be arrest and incarceration," says Noelle Wiggins, program manager for Multnomah County's Community Capacity Center in Portland, Ore.

"To see an entire area of violence prevention cut where public health has really an enormous contribution to make was a very surprising development," said Rachel Davis, managing director of the Prevention Institute in Oakland, Calif., which stands to lose funding for the UNITY research program.

Public health studies have identified risk factors that increase the likelihood of youth violence in communities.  But they also have found protective factors that help prevent teens from picking committing violence in the first place, Davis said.

"The kinds of things that put communities at risk, are:  poverty and economic disparity, community deterioration, a lack of opportunities for young people, truancy, illiteracy and a failing school system, alcohol and other drugs and the availability of weapons,"  she says.

"But there's are also a number of other factors that can be protective against violence even in the presence of risk factors, and those are things like:  young people having caring adults in their lives, high expectations, that there are economic opportunities for youth and adults within neighborhoods, strong social networks and meaningful opportunities for young people. "

Decision Could be Reversed 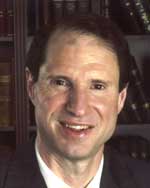 Multnomah County is one of four public health departments in line to receive CDC funding through the $4.5 million STRYVE (Striving To Reduce Youth Violence Everywhere) program.  The other three STRYVE programs funded this year are in Boston, Houston and Salinas, Calif.  But no sooner had the grants been announced than funding for years two through five was cut.

"What this does is it takes all the youth violence prevention funding out of the CDC and says that the Department of Justice is solely responsible for youth violence," Davis said.

"So that's waiting for our Justice system to help keep our kids safe. What that means on the ground is that the planning dollars to plan and implement effective prevention approaches won't be there. "

The decision doesn't affect this year's funding, which already has been appropriated, said Tom Towslee, communications director for Sen. Ron Wyden. "It's a long process and we will be doing everything we can to make sure that funding is continued."

The budget has not yet been voted on by the full Senate. And the U.S. House of Representatives also has an opportunity to restore the funds. So the decision still could be reversed, if legislators hear dissent from their districts.

Oregon Sens. Wyden and Merkeley say they will work to restore funding for youth violence prevention in the Senate, and advocates are asking citizens to contact their Washington DC delegations and keep  the issue on the front burner.

CDC Has 30 years of Research Evidence

The Centers for Disease Control first recognized violence as a significant health problem in 1979. Since then researchers have found that people who are exposed to violence suffer serious long-term health consequences, including being more likely to suffer from chronic physical illnesses and mental and emotional illnesses.

"Violence is a public health concern in and of itself, because of the injuries and death it directly causes," Wiggins says. "In addition, violence also exacerbates other health problems, by increasing stress and making it harder for people to get exercise and lead a healthy life."

Yet the research has shown that it is possible to reduce youth violence, both in small research groups and in inner cities.

Davis said the Prevention Institute's UNITY Initiative compared statistics from a sampling of the largest 45 cities across the country to data from in-depth interviews with these cities' mayors, police chiefs, school superintendents and public health directors.  The institute found that cities with a coordinated plan in place that includes agencies and community organizations have seen a significant reduction in youth violence.

In Oakland, a collaborative city, county plan called for jobs and training programs for young adults as well as outreach into every household in the neighborhood.

"It saw a 40 percent reduction in youth violence even while rates in nearby neighborhoods were going up," Davis said, noting that Minneapolis has seen similar success, with a plan that includes mentoring, outreach and after-school activities for youth, along with intervention programs that work with teens at the first sign of risk.

Violence is not innate, it's learned, and it can be unlearned when other options are available, Davis said.

"Young people may see violence in their homes, on the streets, in their communities, in schools and on the media, and that's the way people learn to behave," she said. "Kids aren't born that way, but by seeing it and by not having those other opportunities and alternatives, violence becomes normal ….and too much the norm."

Multnomah County was chosen for the STRYVE grant because statistics show North and Northeast Portland qualifies as a high-risk community. Just 12 percent of Portland's young people aged 10 to 24 live in North and Northeast, but they account for 18 percent of youth homicides. African American and Latino youth are at higher risk. Young Black men, for example, have a homicide rate seven times higher than other youth.

"For many years, many, many people in this community have wanted funding to create a comprehensive prevention plan," Wiggins says. "What has tended to be funded are intervention and suppression initiatives. " We wanted to stop youth violence before it starts."

Spread over five years, the $1.125 million grant was slated to hire two project coordinators who would support a coalition of government agencies and community groups. The county's Local Public Safety Coordinating Council already has a sub-committee working to prevent gangs and youth violence.  That group includes advocates such as Marcus Mundy of The Urban League, Kayse Jama from the Center for Intercultural Organizing, and Grant High School student Roneesha Kennedy as well as representatives from law enforcement, Portland State University, and city, state and county government.

Wiggins said the list doesn't yet include everyone who needs to be there, including more people involved in grassroots organizing. In recent months, Portland has seen several grassroots youth violence prevention efforts spring up. The 11:45 initiative, sponsored by several local churches, for example  has signed up more than 200 volunteers. Mayor Sam Adams recently selected 11:45 group to receive the Spirit of Portland Award.

"Too often in the past, we rushed in with what we thought was the answer without inviting the communities involved to weigh in," Wiggins said. "And there often hasn't been agency funding or support.

"That's what this five-year grant would provide, the long-term support to really build and sustain a community coalition. And that's why we were so excited.

"The plan would focus on North and Northeast Portland, but all of us are committed to the benefits being spread to all of Multnomah County and especially the parts where we're seeing more and more youth affected by violence, such as East County."

If Congress is concerned about the economy, it should recognize that violence is a huge barrier to community prosperity, Davis said.