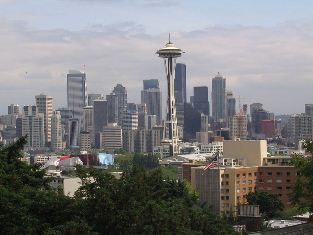 Thompson says the leak that set off the blast was caused by corrosion initiated when a tree knocked down a power line Sunday and electricity traveled into pipes in the ground.

Two residents burned in the blast and fire are at Harborview Medical Center - a woman in serious condition and a man in satisfactory condition.

They were identified in The Seattle Times as 50-year-old Hong Phung, a Crista Ministries dietitian, and 53-year-old David Ingham, a Seattle City Light employee.