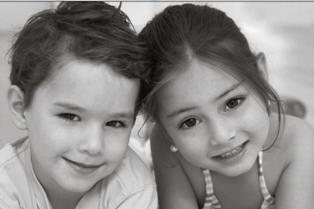 The state saw a rise in the percentage of babies born with low birth weight; a rise in infant mortality and an increase in the proportion of children living in poverty. 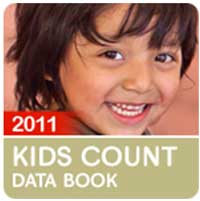 "We've been able to do some amazing things in Oregon in terms of increasing the number of kids who have health insurance. But making sure kids are healthy from day one, means also providing care for their mothers and fathers."

National research that is mirrored in Multnomah County's findings show that African American babies in Oregon are twice as likely to be born with a low birth weight than White babies. They also are twice as likely to die before their first birthday. Those statistics mirror the national average, and Oregon compares well with other states in both measures. What's troubling is that nationally the picture has been improving, while in Oregon no progress has been made since the 1990s.

Moskowitz said the key theme that emerges is the critical role of health care – or lack of it.

"Low-income people are struggling to make ends meet and living from paycheck to paycheck," she said. "Families can't save money for future problems until they are earning from 200 to 250 percent of the federal poverty level. So in Oregon we are seeing that affecting the health of newborn children, because people can't pay for health care.

"The research I've looked at says you really can't address a lifetime of insufficient health care during nine months of pregnancy. If you are going to have healthy children, you need to have healthy parents."

Overall, the 2011 Kids Count report ranked Oregon at 18 among the states, the same as in 2010. Washington State was ranked at 11 overall, up from 13 last year. California was ranked 19, down from 16 last year. The two states performing best were New Hampshire and Minnesota, the same as last year. At the bottom of the 2011 rankings were the same states as last year: Mississippi and Louisiana – although they both scored marginally better than the District of Columbia and Puerto Rico.

The data is even more troubling, because it is based on figures from 2009, 2008 and 2007, before the economic crisis took its deepest toll. Those are the most current available for all the states.

"I think that the trends we see are valid, Moskowitz said. "It captures the early impact of the recession and shows trends that are quite dismaying."

Children First for Oregon has issued newer data, which shows child poverty rising again in 2010. It also showed a rise in the proportion of African American children entering foster care.

Ann Curry-Stevens, an associate professor at Portland State University's School of Social Work, says she knows from her research work that African American families and children are definitely experiencing higher rates of poverty in 2011. And that's likely to get worse.

Those programs are crucial, Curry-Stevens said. Children who don't have enough to eat, don't have secure homes, or who land in foster care because their parents can't care for them, suffer lifelong effects – and cost society a lot more in the long run. The Temporary Assistance for Needy Families program, meant to soften the worst effects of poverty, is worthwhile, she said.

It also means fewer troubles down the road.

Currently, in Oregon and on the federal level, cuts are being made to crucial support programs, Curry-Stevens said.

"A lot of children who live in poverty their parents do work. But we don't have a lot of resources to support working families. This last legislative session in Oregon, we cut the Temporary Assistance for Needy Families program, and we also cut the Employment Related Day Care program, and that's a program that helps parents pay for daycare. Because daycare can well exceed their salary.

"So if we can help parents with these costs as they work their way up in their career they eventually get off the program, and it's a wise move. But what has happened is, we've cut the number of families we serve in the program. More parents will be struggling to get into the workforce and to stay in the workforce, so that's going to be very hard on children in poverty."

On the federal level we really have to worry about whether they are going to cut food stamps and health programs and TANF and ERDC, because they are going to be reducing $4 billion out of the budget in the next 10 years. It's going to be very, very harsh on those types of programs, programs that help children in poverty."