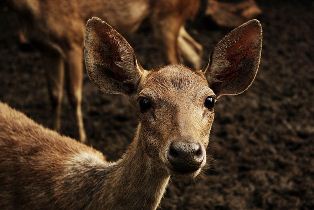 PORTLAND, Ore. (AP) -- Health officials think they'll be able to prove deer droppings in a strawberry field caused an E. coli outbreak that killed one person and sickened 14 others.

Scientists are testing more than 100 samples of soil, strawberries and deer droppings found in the field in Washington County. The Oregonian reported (http://bit.ly/oEyodG ) the lab has yet to confirm a match in the specific strain of E. coli bacteria.

"We're increasingly confident that we will be able to prove beyond any reasonable doubt that deer were the source of contamination of the strawberries," Keene said.

Keene was surprised that such a high percentage of the samples tested positive. Bacteria is never uniformly spread throughout the environment or on contaminated food. Sometimes epidemiologists know it's there but can't prove it in the laboratory.

"It could be there but in such low quantities that you have to collect thousands of samples," he said. "We don't have the resources to pay for that kind of testing."

Of the 15 people involved, two suffered kidney failure, including an elderly woman in Washington County who died. Two patients remained in the hospital, the newspaper reported.

None of the berries remain on the market, though some could be packed in people's freezers. Oregon Public Health urged consumers to throw out any berries from Jaquith purchased in June or July that are not cooked. Thorough cooking kills E. coli and other food-borne pathogens.

Farm owner Joe Jaquith issued a statement this week, saying the family of fourth-generation farmers was deeply saddened by the outbreak and were fully cooperating with the investigation.

This is the second time in Oregon that deer droppings have tested positive for E. coli. In 1995, following an outbreak tied to venison jerky, Keene collected deer pellets in woods near Corvallis and found they were positive for the bacteria strain known as O157:H7.

Since then, studies in other states have confirmed the presence of E. coli O157:H7 in the colon or droppings of deer. Elk have also been shown to carry the bacteria.

"I don't think we're going to answer every question about deer," Keene said. "We don't know whether this is typical of western Oregon."

Information from: The Oregonian, http://www.oregonlive.com