Jobs, Small Businesses, Crime and Sports Fields: What Is a Mayor to Do?

By Helen Silvis of The Skanner News
Published: 04 August 2011 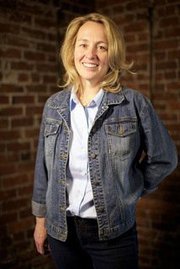 We know one thing for sure about who will be elected Portland's next mayor: it won't be Mayor Sam Adams. Adams bowed out last week, leaving the field wide open. Candidates can file officially with the City's Auditor's office from Sept. 8, but two high profile Portlanders already have announced they will run.

Gearing up to be Portland's Mayor are: Charlie Hales, a city commissioner from 1993 to 2002; and Eileen Brady, co-founder of New Seasons markets. But if the 2012 race runs true to form, these likely frontrunners will face plenty of opposition. Max Brumm, a 19-year-old Clackamas Community College student and baseball player, is one of the first to step up to the plate. And many others are expected to file before the closing date March 6, 2012. 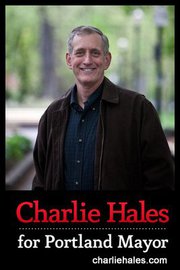 Whoever wins the mayor's job will be responsible for a city budget of $3.6 billion (this figure is a correction to the original posted article)  and a diverse citizenry of 589,000 people. And while Portland has countless strengths, the city also faces serious challenges as we weather the storm of the economic downturn now being called the "Great Recession."

It's true that Portland's mayor does not have to worry about turning City Hall's keys over to a liquidator, unlike the mayor of Central Falls, R.I., who was forced to do just that, Aug 1. As many US cities flounder, Portland remains financially stable, with the highest bond rating available for a municipality: Aaa.

The Skanner News asked Brady, Hales and Max Brumm to identify the major challenges facing the next mayor of Portland.

Both Brady and Hales identified jobs as their number one priority.

"My number one focus is the economic vibrancy and jobs for the city," Brady said. " Without that underlying prosperity we won't be able to pay for the good school system that we need and all of the social services that support our city. That's the fire in my belly."

"Maybe our city is in good shape, but our people are not," Hales told The Skanner. "We have a lot of people out of work and we are not building jobs fast enough."

Brady said parents she met at the Black Parent Initiative spoke to her about the need for stable family-wage jobs. "They said, 'If you as mayor go out to recruit companies to Portland, can you please recruit companies that actually have jobs for people here – as opposed to recruiting companies that then have to turn around and recruit people to come and work for them,'" she said.

"So I will be aware of the skill base that this city has to offer, and be mindful of helping the people here develop a meaningful career and a stable income through family wage jobs."

"I appreciate Mayor Adams' efforts to bring new firms to town, but the reality is that Vesta and solar power (Ferrotech) will bring just a few of the jobs needed."

Brady and Hales both identified increasing support for small business, as a vital strategy.

Hales says if he becomes mayor, he will concentrate on improving the climate for existing small businesses, specifically: "Everything from working on the permitting process and streamlining it, to making sure the transportation system works for everyone, to building incentives for people to grow businesses here. If the city does its job well and focuses on core services then I think businesses notice."

Brady said many people want to start their own businesses and the city should do more to help. "We have a wonderful entrepreneurial spirit here in Portland. Being an entrepreneur takes a certain kind of person, but if you're that kind of person it's well worth it," Brady said. "But it's hard to figure out how to get started: How do you get a bank loan? How do you negotiate the permitting process at the City? How do you set up your board of directors? These things are not trivial but they're not rocket science either. Helping people with this will go a long way toward promoting Portland as an entrepreneurial, innovative city.

" We have an opportunity to home grow our own entrepreneurs and one of the best uses of our resources would be to consolidate some of the small business support programs and make it more of a one-stop shop. We, right now, have a very fragmented service and we could be much more helpful."

Brumm identified mismanagement of funds at city hall as his number one priority. He pointed to the recent controversy over the water and sewer budget.

"The city has used sewer money to install bioswales," Brumm said. "They are using the sewer budget as a checkbook to spend on any project. There's a huge pot of money just sitting there and no-one is stopping anyone from using that money on other projects. It's being misused on infrastructure that does not help the community as a whole."

Brumm said he wants to see better communication and coordination between city bureaus, which he says is the basis for a more efficient use of city funds. "City bureaus need to be able to talk to each other and work together as a whole," he said.

Hales too said that ensuring city funds are spent responsibly, must be a priority for the next mayor.

Hales also brought up the recent rise in violent crime. To combat the rise in gang violence, he said, the city needs to fully embrace community policing. He'd like to see officers out and about in neighborhoods building relationships.

"If our officers are just out there chasing calls we're not going to get it right, and we will have these terrible incidents where officers have used force when the situation could have been resolved without force," Hales said. "We have good people in our police and public safety jobs, but there's no sustainable strategy for public safety that doesn't include community policing."

Brady said another key priority for her would be fairness for Portland's outer Eastside neighborhoods. "There are definitely some underserved neighborhoods in our city," she said. "For example, Portland's Eastside has a substantial portion of our population, but they really don't have a substantial seat at the table. They are under-resourced and they have a legitimate complaint on not being served well."

"Right now, during Oregon's rainy season there is standing water on the fields so sports are canceled," he noted. "As mayor I would either turf them or make sure there is no standing water, so we don't have to cancel games – just like in the suburbs. They can play year round sports regardless of the weather. It's important, because kids need to be outside and active in the community. And it would help the schools out because most of the schools use those fields.

"Less cancelations mean more kids out in the community playing sports. Sad to say we live in an obese world and people need to be active, instead of just playing video games or hanging out inside."

Brumm would aim to create 500 full-ride scholarships to PCC and PSU, which would be allocated through a lottery.

"We'd have the city make dorms and house the students," he said. "In return we'd ask that students work 80 hours a month in the different city bureaus. So they'd get work experience and a college degree."