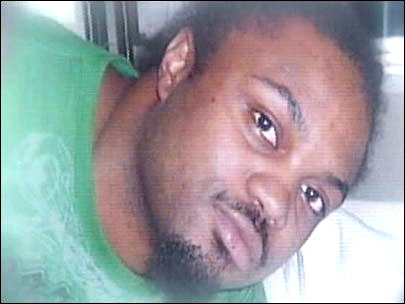 For members of the local community who have waited for a federal investigation into Portland Police Bureau standards and practices, this day has been a long time coming.

Federal officials this morning announced they're carving out the first three weeks of August for public testimony on their civil rights investigation of the Portland Police.

To request an individual meeting, the bureau invites people to contact the U.S. Attorney's local Civil Rights Hotline at either 503-471-5577 or by email at [email protected].

In a statement released Friday morning, U.S. Attorney for Oregon Dwight Holton confirmed the bureau plans individual interviews with members of the public, as well as telephone and written testimony submitted via email.

Department about their personal interaction with PPB officers may request an individual meeting at one of three locations in downtown, the outer east-side, or north Portland," the statement says.

"Throughout the course of the investigation, the Justice Department will seek to determine whether there are systemic violations of the Constitution or federal law by officers of the PPB," the statement continued.

"The Justice Department will consider all relevant information, particularly the efforts that Portland has undertaken to ensure compliance with federal law."

A similar investigation of the Austin Police Department was closed in May with officials announcing no civil rights violations were found; a civil rights probe of hiring practices by the Greensboro, N.C. Police and Fire Departments was also closed earlier this year.

In June of this year, the U.S. Justice Department announced its "civil investigation" to determine whether the Portland Police Bureau has engaged in a pattern or practice of use of force which amounts to a violation of civil rights.

The Jan. 29, 2010, police shooting of Aaron Campbell, above, an unarmed man in a mental health crisis, prompted local leaders to demand a federal investigation.

Community organizations including the Urban League of Portland, the African American Alliance, the Albina Ministerial Alliance, as well as then-Police Commissioner Dan Saltzman, U.S. Sen. Ron Wyden and Rep. Earl Blumenauer together called for a "pattern and practice" investigation by the Civil Rights Division in February 2010.

It was eventually referred to the DOJ Special Litigation Section for review.

Last month federal officials announced there would be no criminal charges against police officers involved in the Campbell shooting because, they said, they could not examine individual cases.

The next day federal officials announced the civil probe, which is a joint effort by the Department of Justice's Civil Rights Division, Special Litigation Section and the U.S. Attorney's Office for the District of Oregon.

The bureau says space and time are limited for the interviews, so information "from any individual" is welcomed through the email and the toll free number.