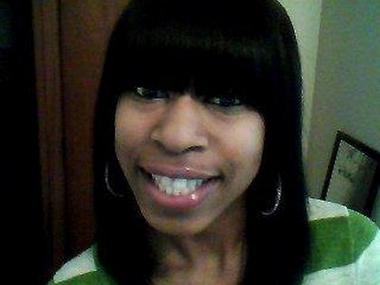 The remains found on Rocky Butte last week are definitely those of missing teen Yashawnee Vaughn, and the Oregon State Medical Examiner says she died from a gunshot to the head.

The announcement Tuesday came after a tragic four-month odyssey of activism and organizing by the girl's supporters to press murder suspect Parrish Benette to tell police where the body could be found.

The Oregonian reported that 16-year-old Benette's lawyers gave the information to police, who called in searchers and secured the remains.

Facebook pages honoring Vaughn are flooding with tributes to her and her family, as well as planning memos for further events linked to the case.

Vaughn's family and friends are gearing up for a Tuesday night vigil from 6-9 p.m. near the rose-studded memorial for Vaughn on Rocky Butte at 92nd Ave. They are calling on supporters to observe a moment of silence during that time if they cannot attend. Today is her grandmother Renelda Hayes' birthday.

Also scheduled are a benefit concert this Friday night at Mt. Calvary Christian Church from 9 to 11 p.m. to help raise funds for the teen's burial.

The church is at 126 NE Alberta St. All ages are welcome, and the show is hosted by stand-up artist Rissa Riss.

Services are set for Saturday, July 30 at 1pm at Portland City Bible Church, Rocky Butte, 9200 NE Fremont. All are welcome and services are by the Terry Family Funeral Home.

"Yashanee Vaughn / Bonnie B, you've touched so many lives and we'll never forget you," one Facebook supporter wrote Tuesday afternoon. "We've failed you as a community, because we provided the atmosphere for violence and I apologize for that.

"Your situation is different from most, because of your age, plus being a young female, but the same outcome, death, and not many seems to care about that anymore, but you've started to change that," he continued. "You've brought unity where their was none, meaning your life was not in vein, because if just one child changes his or her life, because of your involuntary sacrifice, then your job has been complete."

Vaughn was a student at Helensview High School when she went missing March 19. Her mother Shaquita Louis and family members have been searching for her ever since.

Mayor Sam Adams was at the scene Friday and comforted her mother with a hug before telling reporters he hoped this would bring a small amount of closure to the family after their tragic loss.

Murder suspect Parrish Bennette's lawyers say he panicked after accidentally shooting her. Prosecutors paint a grimmer picture, saying forensic evidence suggests she was beaten and that the gun was shot twice.

The Oregonian reported that the defense team and the judge met last week privately, and family believe Bennette disclosed the whereabouts of the girl's remains. After the bail hearing Shaquita Louis wrote a public letter to Bennette begging him to disclose the location of her daughter's body.

Previous searches at the spot near 92nd Avenue and Rocky Butte Rd., did not succeed. Portland Police, Multnomah County District Attorney's Office and state police worked together on the search.