Young? Professional? the Urban League Has a Network for You

By Helen Silvis of The Skanner News
Published: 08 June 2011

Some work for government, nonprofits and city leaders. Others are performers, marketers, doctors or designers. Many run their own businesses; others are rising stars at top national companies. What do they have in common besides being young, gifted and Black? They all belong to the National Urban League's Young Professionals.
With more than 50 chapters in cities from Atlanta to Anchorage, the Young Professionals are growing in numbers and influence. Portland's group now numbers more than 50.
"They are part of a national network," says Marcus Mundy, CEO of the Urban League of Portland. "They help the Urban League reach its strategic goals, financial, advocacy and community goals. 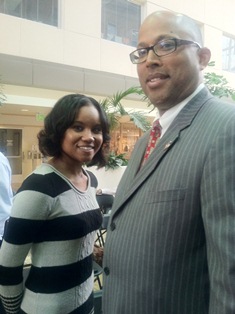 "Their goals are our goals. Every goal we have at the Urban League will directly impact them in their lives.
"They're a group of young people, so they have different ways of getting things done. And they have better, more creative ideas, that some old people like me don't have."
Mundy is being modest. Under his leadership, the Urban League of Portland has exacted more respect and action from Oregon's largely White political class than for decades previously. The league's State of Black Oregon report blew the lid off the city's complacency about race-based poverty and spurred Portland State University to produce its own, influential  Communities of Color report. Partnering with the African Women's Coalition on an urban garden, the league is recognizing, ahead of the game, that food production will be one of the most important challenges facing the next generation. Yet arguably, one of its most effective and creative moves has been to build out this platform for young African Americans. 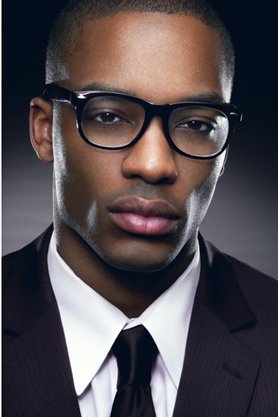 "The Urban League's Young Professionals is the single most vibrant group of minority professionals aimed at changing the status quo locally," says C.S. Alexander, a member of the Portland, Ore., branch. Alexander works for the department of Housing and Urban Development, helping low-income youth find career pathways. But he also owns his own clothing line, named "I Rose Po."
This kind of ambition is almost a requirement. Educated strivers, they well understand that Black Americans need many more friends in high places, if equality is to become a reachable goal instead of a cruel mirage. That's one reason to focus on leadership development and career networking, as well as on fundraising and socializing.
Of course, socializing is part of the mix. Somebody has to prove that this city is not completely dry. What kind of young people would they be if they didn't enjoy happy hour, music, clubs and dancing? Regional conferences are a great reason to plan out of town trips. And the annual National Young Professionals Summit, to be held this year in Boston, July 27-30, is a huge party as well as an opportunity to network on a national level. 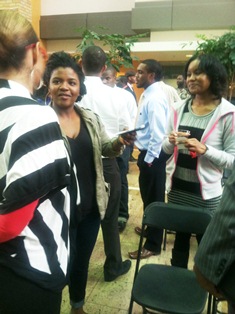 Still at the heart of their mission is service.
Joseph Blasher works for HealthCorps, which is similar to PeaceCorps, except fellows work with health in the United States.
"I left Eugene for Oberlin, OH after high school to learn how to change the world, the school's motto at the time. I became obsessed with discovering the human potential and studied psychology, philosophy, and Chinese art and culture. I still have a lot to learn, but in my search it always seems to return to family. So I try to create family," Blasher says of his motivation.
"Now I am an advocate of health at Cleveland High School and in Portland teaching health classes, organizing wellness activities, and promoting civic engagement," he says. "Joining Young Professionals was a natural move for me, especially when I learned of this year's National Day of Service."

So if you really want to know what the Urban League's Young Professionals are all about, check them out this weekend, Saturday June 11. On this National Day of Service young professionals across the country will be volunteering in their communities.
In Portland, the Young Professionals have organized " Let's Move," a free four-hour health and fitness event that will include Zumba, hip hop and African dance classes, a sexual health forum, a healthy lunch, cooking, gardening, health insurance information and a showing of the film "When the Bough Breaks" about mother and baby health. The film is part of the Unnatural Causes series, organized by the Urban League. 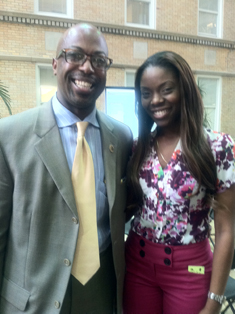 The group holds its meetings at Emanuel Hospital.
"We spend 90 minutes once a month, in a meeting just taking care of business," says Rob Ingram, the dynamic president of the Portland branch. "It's not fun; it's not sexy. We take our work very seriously."
Ingram, or Mr. President to you, leads the City of Portland's Office of Youth Violence Prevention. Inspirational and driven, he has a hand in so many initiatives that you might wonder if the man ever sleeps. To show the group how it's done, Ingram has brought in a series of heavy hitters: people like State Rep. Lew Frederick; Multnomah County Commissioner Loretta Smith; the Mayor of Portland's public safety advocate, Antoinette Edwards; and financial superstar Charles Wilhoite.
Self-disciplined and focused on his goals, Ingram's also an exacting leader who demands high standards from everyone.  Ingram will tell you it's because he knows that to be taken seriously in the circles of power, you must embody powerful qualities such as: poise, politeness and political smarts.
"The young part is negotiable: if you think you're young then you are. That's negotiable," Ingram says. "What's not negotiable is being, acting and carrying yourself as a professional. Because if you represent us, we expect and require you to be a professional at all times." 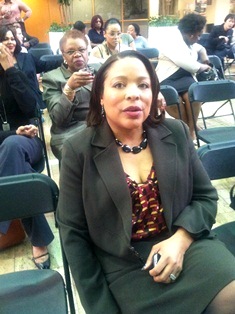 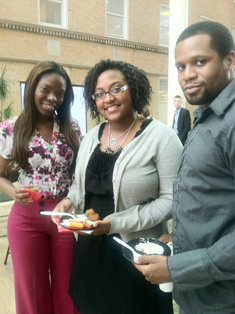