Anita Hill Is the Planned Parenthood Voice of Courage 2011

By Helen Silvis of The Skanner News
Published: 06 June 2011 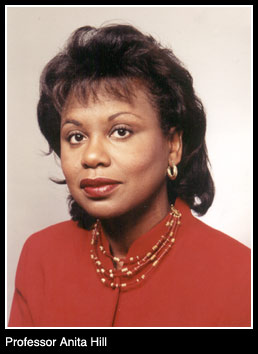 When Anita Hill was called before Congress in 1991, she testified that then-Supreme Court nominee Clarence Thomas had sexually harassed her. With her testimony, Hill opened a door for other women to speak out.
This week the Brandeis University professor comes to Portland as the 'Courageous Voice' at Planned Parenthood Advocates of Oregon Courageous Voice Breakfast 2011. The breakfast will be held Tuesday June 7, from 7:30am-9am at the Nines hotel, 525 SW Morrison, in downtown Portland.
Planned Parenthood has been under attack virtually since its formation, largely because of its support of abortion rights. This year the House of Representatives voted to slash millions in federal funding for Planned Parents contraception services. (federal money cannot be used to fund abortion). Since then the effort has moved to the states with Republicans in Indiana, Texas and elsewhere seeking to defund the nonprofit.
Anita Hill has plenty of experience with being attacked for taking a stand. After testifying in Thomas' confirmation hearing, Hill was was vilified and called a liar. Author David Brock wrote a reputation-shredding book about Hill that he later admitted was nothing less than deliberate "character assassination". And after much debate, Thomas was confirmed by a margin of 52 to 48.
Hill passed a lie detector test and had witnesses who said she was speaking the truth. Today she is an icon. The Skanner interviewed Professor Hill by phone.  The Skanner News Video: Anita Hill testimony and more 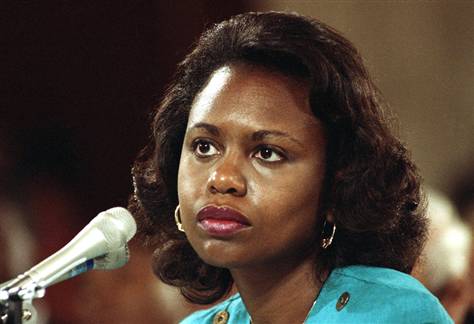 Is this your first visit to Portland?
"I have been to Portland. And I always find it to be a wonderful place. I was also at Oregon State, so I find Oregon to be quite a diverse state. I wish I had longer to visit."

Why is it important to you to support Planned Parenthood?
"Planned Parenthood provides a variety of services related to women's health. That's an issue that's important to me. In particular, Planned Parenthood serves poor women, working class families, and I'm sure, many working women who don't have access to these kinds of services, or can't afford the services in any other setting. That's important to me. It's an issue that's important to women's wellbeing.
"I want to stress just how important I think the services are to women's full participation as family members, as parents and at work. If women's health issues aren't addressed then they are not as productive at work.
"I am really grateful to have an opportunity to talk to people and to be a voice and to really advocate for women's equality and to help push us along to where it's something that's understood and accepted, and actually embraced as an idea that is the best for everyone – women and men." 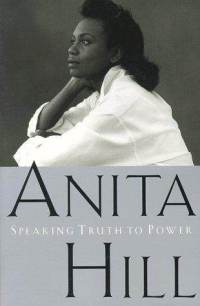 People don't always know what Planned Parenthood does. Can you tell us?
"The kinds of services that are being offered are primary healthcare services: family planning, mammography, breast and other cancer screenings, STD testing and education about the importance of regular checkups. It even means conditions that are not related to family planning, although I'm not sure there are such conditions. We're talking about women's risk for heart disease, for example. All of those things really are about women getting the right kind of information, the right kind of counseling and the right kind of care."
"PP offers primary care for poor women, and it's helpful about providing information about their partners' wellbeing. So it's really bigger than what we'd like to think. I think it's just so important that we understand that what we are talking about are critical issues that affect women specifically but really impact all of us women and men."


What about people who object to supporting any organization that supports abortion?
"My concern is this: People can disagree about abortion. They have, and will continue to disagree. But what I'm really worried about is the short-sightedness of reducing federal funds for Planned Parenthood, without any concern for how those essential health services are going to be made up.

What would happen? Is any other organization offering women contraception, cancer screenings, STD testing and so on?
"I haven't seen any discussion about who will provide these services and what will happen if Planned Parenthood can't provide them. Those are the kinds of things that have to be thought out by policymakers. I'm sure there are women's organizations that can give you an analysis of what could happen. But that's what I am concerned about. I don't think that discussion is happening.
"The other thing that I am thinking about is the bigger picture. Where are we at this point, in terms of organizations that advocate on behalf of the wellbeing of women.
"Last week Oprah Winfrey did her final show. Of course, I'm sure she will be successful at whatever else she does. But whatever you think about Oprah, you have to admit that for American women – and women around the world – she touched something. She provided a forum for the telling of women's stories. So what women cared about got expressed on television right there. What I'm wondering is whether her leaving the air marks the end of an era for women.
"It wasn't that I related to every one of the issues that she presented. But there was something important about what she did, and what she meant for our era. Now I think we have to be asking ourselves who will pick up that slack? What will we do now?
"We need to be thinking as women about how our stories will be told: whether it's women's health issues; women's economic advancement; whether it's women in the arts and the sciences; whatever it is and certainly whether it is women in politics or the judiciary. How are we going to make sure that our concerns are being expressed?
"And that's why advocacy organizations like Planned Parenthood are important."

A number of people in Portland have expressed concerns that Planned Parenthood is harming the Black community because it does offer abortion and some Black women are choosing abortion. What's your take?
"I think the underlying assumption there, is that African American women are being complicit in that, and there is no evidence for that. You would have to believe that African American women are willful participants (in harming their own communities) or that somehow they are not smart enough to figure that out. I find that insulting.
"It is quite insulting to think that somehow Black women would not be able to figure that out on their own, if that was the case. There is no evidence of that."

Do you think that we have a less hostile, and more supportive environment for women today than in the past?
"Yes I think so. Just look at recent public events and at public reaction to some those events, whether you are talking about John Edwards or Governor Arnold Schwarzenegger or Dominique Strauss Kahn. Absolutely the public is reacting differently to those situations today than they would have maybe 15 years ago, and certainly than they would have 25 years ago.
"In fact, I will bet you that there are people who know of stories of the same kind of behavior that occurred 20 or 25 years ago, and the outcome was entirely different. So yes I think we do have a better environment.
"Does that mean that there is a level playing field and we are all on an equal footing? No. Unfortunately that is not the case. But we are improving: slowly and surely, incrementally at times. We move forward quickly at times, and sometimes we seem to take a step back. But I think the arc tends toward improvement.

"What advice would you give to a young woman in high school?
"I would tell her to be aware that there is gender discrimination, but live like there isn't."

Women often cite your testimony as the reason they had the courage to come forward about harassment and discrimination in their own lives.
"Back then, we all bowed to the conventional wisdom that the opposite would happen. Women would have to hide, because of the seemingly intimidating treatment (I received) in the Senate. But 20 years later, women are still feeling empowered and talking. That's what keeps me going."