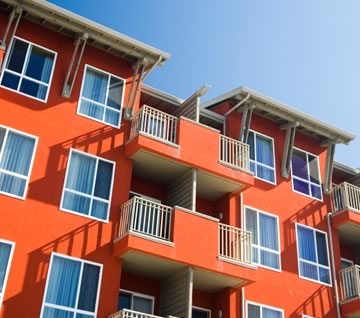 Black and Latino Portlanders are treated differently than White residents when searching for rental housing, a recent report found, and city officials say they're putting together a wide-scale plan to address the issue.

The Fair Housing Council of Oregon conducted the county-wide discrimination audit, focusing on how different potential renters were treated on the basis of race and national origin.

While not a government agency, the FHCO holds trainings for landlords, property owners and members of the public; it also helps consumers lodge complaints against housing providers who violate local, state or federal civil rights laws on housing.

The council also serves as a watchdog on larger housing trends, and recently revved up its "secret shopper"-style audit testing program. The effort sends teams of "testers" – some all-White, some people of color, some with disabilities -- to targeted areas to document how potential renters from different racial and ethnic groups, including from the "protected classes," are treated in the marketplace.

Auditing the tests unveiled differences in treatment across many areas of the rental screening process, including cost of renting units, move-in specials, moving costs, and deposit and lease terms, among others.

"While discrimination may not be intentional, it has the same impact: people of color and immigrants face bias in the rental market," says Housing Commissioner Nick Fish, who oversees the Portland Housing Bureau. "PHB and FHCO are serious about ending discrimination toward people renting apartments, and these results are an opportunity for us to candidly address some of the problems that racial and ethnic groups face today."

Fish's staff says the Housing Bureau is bringing together a wide swath of stakeholders in the region to look closely at the rental audit results and recommend a plan of action.

The city says that while its Fair Housing Advisory Committee is looking at the wider spectrum of discrimination issues throughout its housing services, a top priority is ensuring equal access to "safe, decent, affordable" rentals.

Draft recommendations from the panel include:

-- County-wide funding and support to continue and enhance fair housing services, including but not limited to enforcement and education of fair housing laws.

-- Create a Fair Housing Advocacy Committee that meets on an at least quarterly basis to focus on fair housing issues and to be a strong advocate voice for Multnomah County.

-- Partner with local organizations to ensure frequent and accurate trainings for property managers.

-- Provide culturally and linguistically appropriate information regarding rights and resources.

Deborah Imse, executive director of the Metro Multi-Family Housing Association and a member of the Fair Housing Advisory Committee, says the importance of educating landlords and property managers about Fair Housing Law.

"Fair housing education has never been more important," she said in a statement. "Landlords have an obligation to offer the same opportunities and the same policies for the same housing unit. Consistent application and inquiry processes can help keep all landlords from violating fair housing laws, even unintentionally."

"Equitable access to housing is at the forefront of Portland Housing Bureau's mission, and I am personally committed to ensuring that everyone has access to a safe, decent and affordable place to live," he said.

"We will work closely with landlords and others to make sure that leasing agents are well-trained to eliminate bias in their interactions."