Will Portland Get Affordable High-Speed Internet for All? 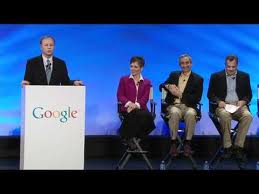 After a rigorous national competition among cities, Google announced recently that it was building its big high speed broadband test site in Kansas.

Kansas City, Kansas, may soon be more famous for lightning-fast browser speeds than as the home of jazz legend Charlie Parker or wide-eyed soulstress Janelle Monae.
When Google chose the city as the test site for its ultra-fast, internet network, it meant 150,000 lucky residents could soon have the power to upload files, videos and photos just as quickly as they can download them – at speeds of up to 1Gbs.
That's a download speed 20 times faster than the fastest available in downtown Portland right now.  It's an upload speed 100 times faster. And it's hundreds of times faster than most of us have at home.

For Portland and the other 1,100 cities that hoped Google would choose them, the decision means finding another way to bring high-speed Internet connections to their regions. And make no mistake; the stakes here are high. Cities need this vital communication tool to compete in the global marketplace. Portland officials have already announced they are seeking more federal grant money for broadband expansion.
"Over the past decade, the jump from dial-up to broadband has led to streaming online video, digital music sales, video conferencing over the web and countless other innovations that have transformed communication and commerce," Google said in a statement.  "We can't wait to see what new products and services will emerge as Kansas City moves from traditional broadband to ultra-high-speed fiber optic connections."
Past efforts to bring fast affordable broadband to Portland failed for economic reasons. But in January, the city kicked off a new broadband planning effort. Work groups, which include business and industry representatives are studying the problem and will issue a draft plan in June. So what's happening in other cities? 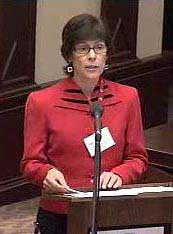 Some Cities Own Their Own Networks
About 130 cities across the country have created municipal broadband systems, where the city owns the fiber cables and provide Internet service as a utility, just like water or electricity. According to the nonprofit Institute for Local Self-Reliance, more than 3 million people get their Internet from local governments such as: Independence, Ore.; Wilson, NC; Tacoma, Wash.,  Lafayette, La., and Chattanooga, Tenn., which became the first place in the country to offer internet speeds as fast as those planned for Kansas City.
Municipal networks have answered the problem for some cities, but not without opposition from for-profit providers. In four states, internet corporations have successfully lobbied to ban governments from creating their own networks. And barriers make it difficult for governments to provide service in 10 more states, including Washington. Find the map online at the New Rules Project.
Could Portland create a city-owned and operated Internet service?
It's possible, but would be challenging, says Mary Beth Henry, who is helping lead Portland's latest effort to bring high-speed Internet to every business and home in the city. Many of the cities that offer Internet, already owned cable networks because they owned electricity utilities.
"We already have a city-owned fiber system that provides connections to schools, libraries and some city buildings," Henry said. "That's worked very well and has saved the city a huge amount of money –we don't have to pay a private carrier.
"We do have plans to extend that to other city buildings but not right now to commercial and residential buildings."

Where Do We Stand?
In downtown Portland, residents and businesses can choose between several companies which offer everything from wireless to DSL and fiber cables. But both DSL and wireless must be backed up by cables. And while DSL used to be the gold standard, it's fast becoming as obsolete as dial-up.
That's why one key issue is the high cost of putting in the huge underground pipes, fiber cables or utility poles needed to transmit large amounts of electronic data. The advantage for the corporations that already own those pipes and poles is so great, that in many parts of the country competing internet providers have simply not bothered to invest in new pipes. Instead they have simply divided up the territory, so each has a monopoly in its own areas.
Susan Crawford, former broadband advisor to the Obama administration and author of The Big Squeeze, says these few giant Internet providers exert a crushing power.
"If we've got a single monopoly provider in each community of one pipe – the pipe for high-speed wired access– and wireless does not compete," Crawford told the Students for Free Culture Conference in New York City Feb, 18. "One guy with one pipe and everything goes over it: culture, information, news, our lives, anything we're creating, new businesses, all conditioned on what these very few actors (the ISP corporations) want to see for our future. I think this is a big civil rights, economic and industrial policy moment for America."
Portland does have some competition. Several companies provide broadband in the city. Still, just two –Comcast and Qwest (fresh from a merger with CenturyLink) –own the cable networks needed for the fastest speeds.
"Century Link/Qwest says it covers 85 percent of the city," Henry told The Skanner News. "Comcast has 100 percent coverage. So they do compete head to head. But for that 15 percent who don't have that it can be a problem."
Outside of the city center, what's available is a hit or miss patchwork of coverage. Fiber connections don't reach every part of the city. And the poorer and further out you are, the fewer choices you have.

Too Slow, Too Expensive and Too Limited
According to the Your Voice report from Mt. Hood Cable Regulatory Commission, companies are not delivering the Internet speeds consumers need.
"There is a significant need to increase the capacity of residential internet access networks to provide higher connection speeds," the report says.
Lack of money is the most important barrier  to high-speed internet access. The Your Voice study found that nearly half of everyone from households with an income of less than $30,000 a year say they can't afford an internet service. One in four Portlanders simply don't have internet access at home.
Many people don't understand that a speed of 1Gbps is a thousand times faster than a speed of 1mbps, which is a thousand times faster than 1kbps. So consumers rely on information from internet providers. But the packages are not easy to understand. If, for example, you pay $69.99 for the "Air Speed " 512kbps service, you're buying  a package that is 30 times slower than the $69.95 Comcast Blast.  Visit CUBConnects.org online to compare services in your zip code.
Meanwhile in Japan, New Zealand and many other countries in Europe and Asia, national governments are delivering better services than exist today in the United States. But in Washington DC, the battle still rages for who will control the internet – and profit from it.

Heading to Battle
Last week, the House of Representatives voted to repeal a Federal Communications Commission ruling that stops service providers from interfering with traffic on their networks. President Obama has said he will veto the legislation if it passes the Senate
Giant telecommunications companies and thousands of content providers all want a piece of the action. But net neutrality activists say that without regulation, big Internet corporations – like Comcast or AT&T will push their own content at the expense of competitors, nonprofits and small independent creators. Free-market enthusiasts say competition will solve the problem and deliver better service. But activists, and even the Federal Communications Commission – hardly a hotbed of leftist activism – say that regulation is needed to prevent abuses.
Speaking to the Free Press conference in Boston, FCC Commissioner Mignon Clyburn expressed concerns about equity and predatory pricing.
"In considering all of the factors relating to America's minority and lower-income citizens, and realizing how hard people work to claw past their monthly bills only to immediately start fretting about next month, we must be vigilant – super-vigilant – about the direction the wireless industry is heading."