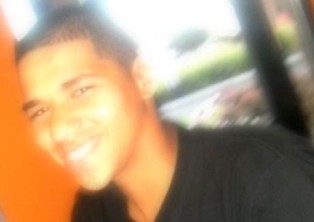 Friends of Shiloh posted this heart-breakingly charming tribute to the teen on YouTube before his death.

"Any death from gun violence is unacceptable. It's even more tragic for our community when the victim is a 14-year-old," Mayor Sam Adams said.

The mayor's staff said he visited the hospital the night of the shooting, and met members of Hampton's family.

"Shiloh Hampton was loved by his family and friends, and my thoughts and prayers are with them at this time," Adams said in a statement.

Crime Stoppers is offering a cash reward of up to $1,000 for information, reported to Crime Stoppers, that leads to an arrest in this case, or any unsolved felony, and you can remain anonymous.  Call Crime Stoppers at 503-823-HELP-4357, leave a tip online at www.crimestoppersoforegon.com, or text 823HELP plus your tip and send it to CRIMES (274697).

"There is no tip too small," Mayor Sam Adams said. "Please call with any information."

At this point in the investigation, investigators believe the shooting involved gang-involved people but have not determined the role gangs played, if any, in the life of Hampton.

Detectives say that Hampton was with a group of friends Monday night at the Lloyd Center Mall as a suspect fired multiple shots into the crowd of his friends near a park on Northeast 11th Avenue and Multnomah Street.

As Hampton was struck by the shots, the rest of the crowd fled from the area. None of the group that was originally with Hampton remained at the scene to talk with detectives. Police say they consider the people with Hampton to be "potential victims" and want to speak with them.