Video: After Losing a Son, the Walter Dines Family Reaches Out to Help Portland Youth

By Helen Silvis of The Skanner News
Published: 18 April 2011 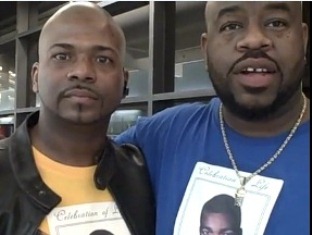 Last June, two weeks after graduating from high school, 18-year-old Walter Dines died in a tragic drowning accident in the Clackamas River. Talented and with a 3.8 GPA, the basketball player and track star had won a scholarship to the University of Newhaven in Connecticut.

"He made a great impact on a lot of people," says his godfather Paul Kelly, who is Walter Dines Sr.'s best friend. "It was a very difficult loss to accept because here was this handsome young man with so much promise."

Thanks to the Dines family and Kelly, Walter Dines continues to have a great impact. The Skanner News Video: Walter Dines Sr. and Coach Kelly

They created the Walter Dines Memorial Basketball League, a memorial they felt would truly reflect the spirit of their good-hearted boy. "I couldn't let his death pass by without turning it into something positive, because that's what he would have wanted," Kelly says.

Now wrapping up its first season, the league offers a chance to play competitive basketball to high school students who attend alternative schools, are home-schooled, or who simply want to continue playing but don't make it into their high school programs. This year eight teams competed – four from alternative high schools and four clubs that brought together unaffiliated teens. They played eight games in the regular season then came together for single elimination playoff tournament. Reynolds Middle School offers the league a place to play.

It's important, Kelly said because sports give young men a way to express themselves in a positive arena. The lessons you can learn on the court, Kelly says, can help you succeed in life. But too many teens lose the chance to play just when they need sports the most.

"What made me the proudest was the way they conducted themselves, even in losing," Kelly said. They kids were great, they had great attitudes and they embodied what Walter wanted to see in the world."

Originally from Portland, the family had moved to Maryland, but retained strong ties back home. In Maryland, Walter's team retired his basketball jersey. A scholarship too has been created in his name.

Last Friday, the league's successful first season ended with the championship tournament. After a hard fought final, the Dragons triumphed over the Whosits. The Dines family were in Portland to present the first championship trophy.

Coach Kelly says he hopes the league will expand as more players and coaches learn about it.

"We are more than happy to work with anyone," Kelly says. "There are so many lessons that kids can learn through games, versus real life. If we didn't have this league, then they wouldn't have the opportunity to express themselves and learn those lessons."


PHOTOS: Top, Video grab of Walter Dines Sr. and Coach Paul Kelly  Below: The Dines family and Coach kelly present the Dragons with the championship trophy