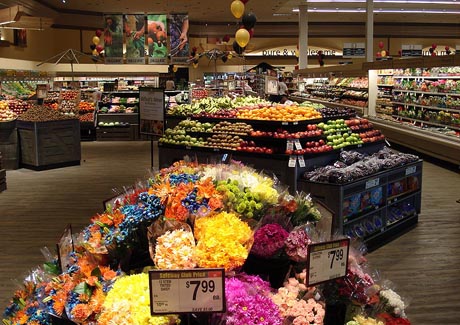 Safeway will be holding their grand re-opening of the Martin Luther King Jr. Boulevard store from 4 to 8 p.m. on April 15. The store was remodeled into Safeway's Lifestyle model.

Safeway has operated the store on MLK Jr., Boulevard and Ainsworth Street since 1965, and opened their first Portland area store in 1926. "We've had a decades long relationship with Portland area customers, and we're extremely proud of our MLK Jr. Boulevard store. We're thrilled to reinvest in this store and community," said Safeway Division President Steve Frisby. The last remodel at the MLK Jr. Blvd. store was in 2002.

Currently, the store employs 99 people, and 30% of those employees have been employed by Safeway for over 10 years. The Safeway store remodels have provided a much needed boost during the current economic recession. Safeway added 5 full-time employees.

Safeway launched its Lifestyle store concept in late 2003 to showcase its commitment to quality, particularly in the perishables departments, with high-quality fresh produce, meat, seafood, and floral departments. There is also a wide array of prepared foods, organic and natural products, and dry grocery items tailored to local preferences. The stores feature an earth-toned décor that is warm and inviting, with special lighting to highlight products and departments, custom flooring and unique display features.