"LET THE GOOD TIMES ROLL"
VARIOUS ARTISTS
*****
Many of Portland's finest blues and jazz musicians and singers came together in a great spirit of charity and fun to record this tribute to Ray Charles. A portion of each sale will go to the Oregon Food Bank.
The CD will have its release party July 1 at the Waterfront Blues Festival, with most of the record's 25 performers appearing on stage. The lineup is all-star all the way. The rhythm section has drummer Anthony Jones, bassist Gene Hauck, keyboardists Janice Scroggins and D.K. Stewart and organist George Mitchell.
Vocalists include Sweet Baby James Benton, singing "Come Back Baby," and his daughter, Olivia Warfield, who sings "Hallelujah, I love Her So," with Paul De Lay.
Kristina Michelle shouts "Hard Times," and Linda Hornbuckle is heard on two tracks "Georgia On My Mind" and "Unchain My Heart." Duffy Bishop and Andy Stokes combine for a foot-stomping version of "Night Time is the Right Time."
Tenor saxophonist Patrick Lamb temporarily puts his horn down to sing the title tune, "Let the Good Times Roll." Portland favorite Norman Sylvester contributes "What I Say" and Lee Garrett is heard on "Mess Around."
The big band behind all these singers uses well-known players like Thara Memory, Renato Caranto, Reggie Houston, Steve Cannon, Stan Bock, Eddie Martinez, Dan Brewster, Dave Mills and Tim Bryson. There isn't a weak link in this chain.

"COLLAGE"
MIKE TUCKER
*****
I was hooked right away with the first track, a hard-driving, hard bop tune titled "Fanfare."
Aside from the excellent musicianship, there was no apparent reason to fall for a group without a single familiar name or local connection. But the leader, tenorist Mike Tucker, is not only an adept soloist on ballads and up-tempo pieces, he wrote nine of the 10 tunes here.
Every man in the group is an essential contributor. Pianist Leo Genevese also plays synthesizer. Bassist Hogyu Hwang and drummer Lee Fish propel the excitement. Eric Bloom, on trumpet, doesn't get as much solo time as the others, but when he is heard, his statements are brilliant.
"Collage" may be difficult to find. It bears no record label name — but there is a Web site (www.tuckerjazz. com) that might help. One could also try www.cdbaby.com. If you can find it with either site, it will be well worth the effort. 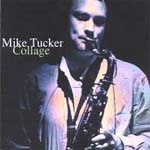 "IT'S ALL IN THE GAME"
ERIC ALEXANDER
Highnote
****
This is the usual Eric Alexander — big tenor tone, excellently constructed solos, a constant flow of ideas and good sidemen.
There are some Alexander originals like "Typhoon 11," a tune led off by pianist Harold Mabern, a companion on several Alexander releases. As the tune progresses and Alexander joins in, the result evokes John Coltrane and McCoy Tyner. Another original is "Open and Shut," a swinging minor blues.
He also tackles "Where is the Love," a tune made famous by Donny Hathaway, which makes a very good jazz tune. Of course there is the title tune, "It's All In the Game," written by former U.S. Vice President Charles Dawes, who served from 1925 to 1929.
Alexander breaks the mold of Thelonious Monk's "Ruby My Dear." Most versions adhere to the mood cast by Monk on the original, but Alexander disappoints as his interpretation loses Monk's magic. But then again, there many different Rubys in this world, and perhaps Alexander met a different one. 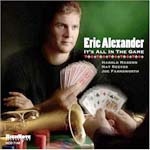 "GOLD"
MARTHA REEVES AND THE VANDELLAS
Mown
****
This two-CD package has 42 tracks that contain all the hits Martha Reeves and the Vandellas created between 1962 and 1972.
Some of the 42 include: "Heat Wave," "Third Finger Left Hand," "Quicksand," "Jimmy Mack," "Forget Me Not," "Wild One," "Honey Chile," "I Gotta Let You Go" and more.
Reeves, now a Detroit, Mich. city commissioner, is responsible for Portland drummer Mel Brown joining Motown many years ago.
Upon hearing Brown play a set in Vancouver, B.C., comedian Redd Fox ran to the hotel where Reeves was sleeping. He commanded her to come and hear Brown. When she did, she was so impressed she convinced Barry Gordy to hire him. Brown became a regular, performing on stage with the Motown Revue. 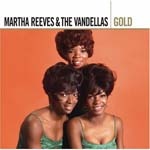